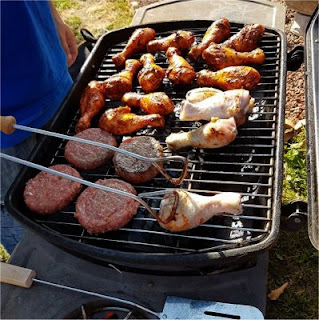 I made a point of not drinking too much last night. There are those who would disagree, but what do they know? I woke shortly after 5am and tried not to wake the dogs (or "er indoors TM") as I got up for my morning ablutions. As I shaved I wondered if I’d done the right thing. I had had the offer to swap today’s early shift for the late shift. Perhaps a lie-in would have been good? But after the lie-in, then what? I might have lain in bed until 9am (certainly not much later), but thenI would have fretted all morning about having to be at work shortly after mid-day and not actually achieved anything with the morning. By doing the early shift I could be home by mid-to-late afternoon.

I then had a look at Facebook. The photo of me pulling a pint had  attracted quite a lot of attention overnight. I hadn’t seen Steve taking the photo; it was quite a good one. And then I realised I shouldn’t have looked at Facebook; I found out quite a bit about what happened in last night’s episode of “Doctor Who”. I wish people wouldn’t post spoilers.

Being on an early start I set off to work very early for a Sunday morning. As I drove there was a surprisingly interesting thing on the radio about a breed of bee which can be found in the general area of Cerne Abbas, and which makes its hests in discarded snail shells. Apparently naturalists are dumping empty snail shells around Cerne Abbas for the bees.

I got to work and had a rather busy day. I came home to find that "er indoors TM" had arranged for "Daddy’s Little Angel TM" and "Stormageddon - Bringer of Destruction TM" to come round for a barby. Seeing it was a warm afternoon I rather fancied a lager; I went over the road to get some… I had no idea just how strong Polish lager is. Even making shandy out of the stuff still had a drink about as strong as the average UK lager.
We had a rather good evening. Burgers, piri-piri chicken, pork lions (!) cake, and Pogo even fell into the garden pond.

Bearing in mind I worked both days this weekend, it has still been a rather good weekend…