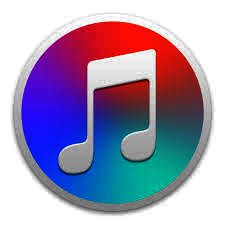 After a frankly awful night during which the puppy seemingly ran continual riot I woke to quite a lot of pain (more so than usual). I think I rather overdid the heavy lifting yesterday.
Over brekkie I had a look-see on Facebook. Little had changed overnight, but I did have a friend request from Caroline Jimen. Having absolutely no idea who she was I ignored the request.
I had a look in my email in-box. Last Friday I complained to Wickes about the abysmal service in the Maidstone branch. Overnight I’d received a bunch of platitudes from their head office with a reassurance that the manager of the Maidstone branch would be in touch.

I popped the leads onto the dogs, and we went round the park for a walk. In a novel break with tradition Fudge didn’t trail behind *too* much. Treacle ran in terror from pretty much every other dog we met, and we had fun with small children in the play park who liked dogs that were their size.

Once home Fudge had some more of his brekkie (that he didn’t eat earlier) and I strimmed the edges of the lawn and mowed the rest. The lawn is in a right old state; I think that should be the next part of the garden project.

I then moved the car closer to home, and loaded up all the decking fragments I can’t do anything with. As I loaded I saw that something the size of a pterodactyl had crapped on the car overnight; I spent five minutes shifting bird dung.

With the dogs settled I set off. ​I drove my car (full of scrap timber) to the tip. I got there, joined the queue and waited. And waited. After a while the chap in the car in front of me in the queue got out and walked to the front to of the queue to find out what was causing the delay. He said that the gate to the tip was shut for for no apparent reason. If the tip dudes had closed the main gate we could all have turned round and gone home, but closing the inside gate meant that we were all stuck in the slip road leading in to the tip.
After twenty minutes the gate was opened (with no explanation or apology), and everyone drove in, parked up *really* stupidly, and caused even more delays.
By the time I'd chucked timber and broken DVD players about my right elbow was in agony.

I then went to the petrol station on the ring road. I've mentioned before how the customers there sniff round the grandmother on the till. When I arrived, this grandmother was on a tea break; I went in to find a sting of people at the till; all of whom said I could go in front of them. All of whom were clearly waiting for the GILF's tea break to end. I knew this as the chaps queuing up told me so.

As I drove to work there was a discussion on the radio about strippers. Several strippers were being interviewed. One said she was doing stripping as a form of therapy for her mental illnesses (she had several); one claimed to be doing it as a political statement. But they were all in agreement that the most important part of the show was the music. They were all adamant that no one looks at the tits, everyone listens to the melody. Apparently.
It would seem I have had (for some years) the wrong idea about saucy birds getting their kits off. Presumably this explains why I wasn't overly impressed with my one and only trip to a strip club.

I took a little diversion into Aylesford to see if I could find a geocache. My first target had no hint or clue as to where it might have been. I tried the obvious places to no avail. I wasn't going to continue randomly rummaging in a thicket so I gave up after two minutes and found another one just up the road which was on the way to McDonalds.
Chicken McNuggets, strawberry shake, and into work for 1pm. Fortunately I was assigned to sit at a microscope for the first part of my shift. I appreciated that. What with building a pergola and then laying paving slabs, disassembling decking and tip runs the old joke about going to work for a rest had never been so true.
I sat at the microscope and quietly ached.

As I ached my phone beeped. A text from HM customs. They have approved the selfie I took as my new passport photo, and also approved my application for a new passport. They will let me know when the new one is on the way. I wonder when that will be…