Apart from toilet trips and having to lift dogs on to the bed (several times) I managed nearly nine hours asleep with only one coughing fit. I saw that as something of a result.

I had a look-see on-line. Not much had changed overnight. Mind you my eyes did roll at one point. A month or so ago there was some confusion as to who would be organising the New Year’s Day Kent geocaching walk. As nothing seemed to be sorted I spent a day organising stuff for it only to be told that it was all in hand. The person who had it all in hand has since organised everything *except* the New Year’s Day Kent geocaching walk. Yesterday someone else went and organised it for her.
When I read about this on Facebook I was also rather amazed to see posts from someone who’d come along on the London trip earlier in the month. Completely oblivious to everything about hunting Tupperware it didn’t stop her trying to call the shots on our London mission, and now she wants to be taken for a walk round Kent…

There was a minor “Red Alert” from the dogs when the postman delivered the letters. Just bank statements, so I opened them and had a look at the monthly accounts. There is no denying that I rather intended being a lot better off financially at this stage of my life than I actually am.
With a little spare time on my hands I then had another look at the geo-puzzle that has me stumped in London. I can vaguely remember trigonometry… but no matter what I did to my sines and cosines, I wasn’t getting it big enough.

I finally got dressed just before mid-day. We took the dogs for a walk most of which I spent wracked with fits of coughing. As we walked, "My Boy TM" phoned to say a local garden centre was selling a lot of rocks cheaply. I would have liked to have gone to have a look-see, but all I *really* wanted to do was go home.
Once home we had coffee and stollen for lunch. I like stollen.. it’s just like cake. I then sparked up my lap-top, switched my brain to overload, untangled my hypotenuse from my cosine and finally solved the puzzle that has been tormenting me for months. My plans for a geocaching trip to London are beginning to take shape now.

"er indoors TM" went shopping; I did some ironing, then watched episodes of “Still Game”. I say “watched”; dozed through might be more accurate.
"er indoors TM" came home and made some rather good mushroom soup for tea. We scoffed it whilst watching “World’s Strongest Man”; a very under-rated Christmas show.

As the dogs slept on me I then watched the Christmas episode of “Victoria”; something of a disappointment. It went on for two hours and nothing really happened.
Bit like today really. Today was rather lazy. Mind you with this cough, a lazy day was probably a good idea…

Posted by Manky Badger at 9:14 pm No comments: 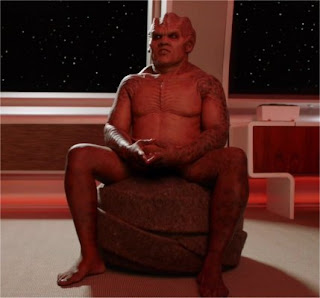 A sound woke me in the small hours. Footsteps. Someone was walking round the house. I reached over and found that "er indoors TM" was fast asleep and one of the dogs was snoring on top of her. So why weren't both dogs seeing off the intruder? Perhaps they were ill? But I was on the early shift... "er indoors TM" would have to make an appointment with the vet..
After a couple of minutes I realised that I was worrying about imaginary illnesses in the hounds when there was someone walking about the house at three o'clock in the morning. And then I heard a creaking noise. The bedroom door was being pushed open. I leapt up to give any burglar a scare and tripped over Fudge who'd just walked in. It had been him wandering round the house.
Oh how I laughed (once the coughing fit had subsided).
I then lay in bed for an hour coughing before eventually nodding off again.

Over brekkie I watched an episode of "Dad's Army" which the SkyPlus box had recorded for me. I must get into the thing's works and stop it doing that. Much as the show passes half an hour, I've seen the episodes so many times that I actually know the scripts almost off by heart, and I find myself saying what the characters are about to say before they say it.
I had a very quick look at the Internet. Apparently NASA are considering doing what they should be doing eventually; actually going to have a look-see at another star. They are hoping to launch a robotic probe to Alpha Centauri in fifty years time.
Bearing in mind it will take at least fifty more years to get there, I won't be around for its arrival. A shame; I'd like to see that. Mind you I'd also like to see manned missions to Mars, and realistically I won't live long enough to see those either.

After coughing so much I nearly threw up I seriously considered phoning in sick. But it’s not something I do lightly. I got into the car. Despite the pundits having said that last night would be the coldest of the year, the thing wasn't covered in ice. I drove through the rain to the co-op where the disinterested assistant couldn't be arsed to show me where the cough sweets were. Fortunately her manager could be arsed, and as I walked out I scoffed one.

As I went on to work the news was on the radio. The pundits were talking about how at this time of year, seventy per cent of those attending at A&E departments are pissed as farts. Their concern was to have facilities in city centres to deal with drunks away from busy hospitals.
My concern was how can so many people afford to spend so much money in pubs? I can't.

I got to work for the early shift and coughed and spluttered my way through another day. I declined the opportunity of extra work this weekend, and came home at the earliest opportunity.
I came home to find "Daddy’s Little Angel TM" and "Stormageddon - Bringer of Destruction TM" wreaking mayhem. I don’t know what they were up to; I tried (and failed) to get some sleep.

"er indoors TM" boiled up turkey curry and we scoffed it whilst watching yesterday’s episode of “The Orville”. I don’t get that show at all; it is really good sci-fi interspersed with comedy that doesn’t work and bits that are just ridiculous. Everyone else seems to rave about it. Do you just ignore the stupid parts?
After that we watched “Mr Bean’s Holiday”; a film of which I have seen the end so many times, but never the beginning.

I wish I could stop coughing… 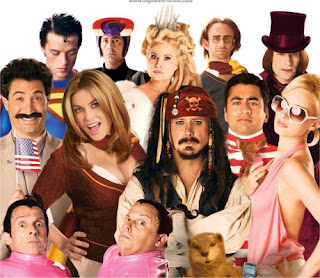 Posted by Manky Badger at 8:17 pm No comments: