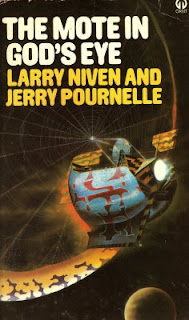 Posted by Manky Badger at 10:13 pm No comments: 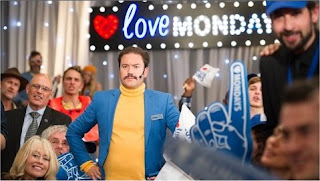 Bearing in mind that I’ve spent over an hour wide awake in the middle of the previous two nights I deliberately didn’t have an early night last night. Perhaps I should have done? I wasn’t wide awake for over an hour at any point, but I probably did see every hour of the night as the puppy spent much of the night alternately marching over the bed and burrowing under the covers.

Over brekkie the Darling Buds of May kept me entertained, then I had a look-see on-line. It took a little while to get on-line; I had to re-boot the router as nothing seemed to be happening. Having worked faultlessly for months; I’ve now had to re-boot the thing twice in one week. I do hope it is not going the way of the old one which was unreliable to the point of being useless.
I eventually got into cyber-space to find I had an email telling me that the beautiful and refined Asian women were still waiting for me. Judging by the amount of emails they send it would seem that they have been waiting for me for quite some time.

With little else of note happening on the internet I set off to work; it was good not to have to scrape ice or constantly be wiping condensation from the windscreen. I stopped off briefly at Asda for vital supplies (bumwipe doesn’t buy itself), and then got cross as I listened to the radio on the way to work. President Trump has banned all travel to America from several Muslim countries supposedly on the grounds that they are responsible for all the world’s ills. Leaving aside the utter arbitrariness of this decision, what boiled my piss was the attitude of the pundits on Radio 4. Having spent years never once saying a good word about Muslims and spreading so many bad things about them, today they were accusing President Trump of doing exactly what they did.

I got to work, and hid a geocache. I wonder who will get FTF on it. As I walked in to work I found myself thinking of the Reed Employment Agency’s slogan “Love Mondays”. I wouldn’t go so far as to say I love Monday. And I’m sure that with the passage of time my opinion will change. But today I was rather looking forward to going to my new job. Last week I found that the people were friendly and I learned quite a bit of new stuff. Today was another good day.
I expect that in the fullness of time I will find fault with the place and find someone to dislike, but that is for the future…


Posted by Manky Badger at 8:19 pm No comments: 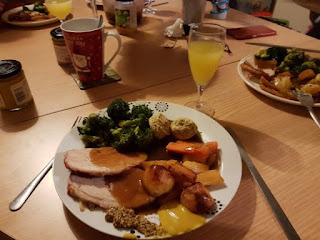 I had another night of two halves; spending an hour wide awake watching telly in the small hours. The first series of “Chewing Gum” was rather good as I remember it. I watched the third episode of the second season at 3am this morning and it was a disappointment. I’ve always maintained that a good TV show doesn’t need to get the star’s tits out, and when the tits do come out then the writers are clearly struggling.

I struggled to get comfortable last night; for all that I can breathe better when sleeping sitting up, it does hurt my bum. I eventually got up at 9am; for all that this might sound a lie-in I had been coughing pretty much constantly since 6.30am.

"er indoors TM" boiled up some hot cross buns for brekkie, and then I spent a few moments writing up my CPD (it’s a work thing). In a previous life I used to do that on the night shifts, but I won’t be doing those for a little while.
I submitted reading for my leccie and gas meters; the power company had asked for them. And then we took the dogs round the park. We did our usual circuit; what with working days and dark evenings we’ve not been round the park for a while; I’ve quite missed the place.

We came home, and slobbed about for a bit. I played “Gems and Genies” whilst "er indoors TM" played some game which involved banishing a “rascal penguin”. The "Furry Shark TM" dozed, and "Furry Face TM" randomly barked at anything which took his fancy. We made a flying visit to the tip, then went round to see "Daddy’s Little Angel TM" and "Stormageddon - Bringer of Destruction TM". We watched all sorts of nonsense on the telly, the dogs ran riot, and Sam cooked up a rather good roast dinner. After dinner we had muffins baked by my grandson. He makes a good cake.
It was only a shame that I felt so grim; but I think we’ve all got this bug.

Today was very much a lazy day. I didn’t really do very much at all and still I feel worn out.

Posted by Manky Badger at 9:08 pm No comments: