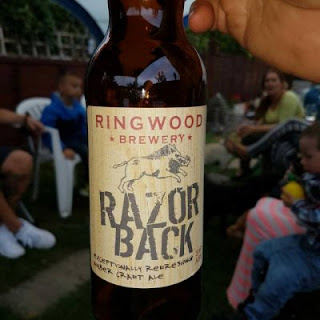 My dog Fudge snuggled up to me in the small hours and went to sleep, which was quite sweet. Shortly after he puppy came along and just wanted to chew my arm, which was annoying. She does this most nights, finally wanting to sleep herself just as I’ve given up trying to sleep.
Over brekkie I watched the second episode of “Uncle”, but there was a minor disaster in that the SkyPlus box seems unable to find the rest of the episodes of that show.

I got in my car and set off to work. The radio was playing "Farming Today"; there was some drivel about how farmers are getting holidaymakers to work on their farms. Holidaymakers see it as a novel holiday and farmers see it as cheap labour. There was then talk about bee-eaters (a sort of bird) and I lost interest, turned the radio off and listened to my awful music.

I stopped off at Aylesford McDonalds for brekkie. There were no other customers at all, and I spent five minutes listening to the kitchen staff screeching swear words at each other before the manager eventually noticed me. She asked if I was being served. I said not, and asked if I could join in with screaming the F-word at the top of my voice, but the sarcasm was wasted on her.

Brekkie wasn't too shabby at all, and I went on to work. Whilst a lot of people don't work at weekends, I quite like working the odd hours. With a reduced staff on, the weekend workload is varied.

I did my bit, and came home. Despite the rain the fruits of my loin had come round for a bit of a barby, We put up shelters and gazebos expecting the worst, but the rain held off. Friends joined us, smallest grandson fed lemon juice to oldest grandson, far too much was eaten and drunk.
I think it was rather late by the time we finished; it was all something of a blur…