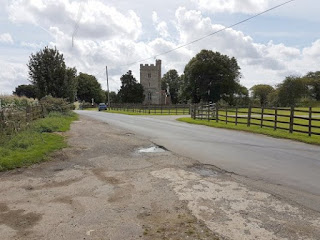 I slept reasonably well; waking shortly after 6am. Over brekkie I watched the episode of “Game of Thrones” which had been broadcast at 2am. I could have got up and watched it at 2am, but leaving it for a bit meant I could fast-forward through the adverts. The show was good but I’m still rather confused with who is who and what is going on.
I then sparked up my lap-top. There was something of a hiccup as the Firefox browser refused to open. After a little farting about it got going again but seemed to have lost all the personalisation I’d put into it. I wonder what had gone wrong. I suspect it has had an automatic upgrade. It’s an IT thing; i wish they wouldn’t mess about like that.

I eventually got on-line to see not much had happened overnight. I read that Peter Capaldi was hoping to star as “Blakey” in a re-make of “On The Buses”. It might be interesting; I doubt it would work. When “On The Buses”  first aired, people used buses. I can’t remember the last time I took a bus anywhere.

I took the dogs for an early walk round the park. As always Treacle ran in panic from pretty much every dog we met. She actually screamed in terror twice and jumped (in a single bound) from floor to my shoulder purely because bigger dogs came near. Silly puppy. This is just another reason why walking the dogs isn't the pleasure it used to be. One is constantly charging off in front and then terrified of its own shadow; the other straggles twenty yards behind alternately fighting and humping all comers.  I was glad to get home after today's debacle.
Once home I gave the hounds their breakfasts. They promptly swapped and ate each other's. I wish they wouldn't do that. We fart about getting "senior" food for one and specialist puppy food for the other, but they would both happily eat anything (including dead mice and fox poo) but their intended meals.

I then drove round to deliver "Stormageddon - Bringer of Destruction TM"  's car seat which had been left in my car since Saturday.  As I drove the radio was playing some documentary about partition in India (?) but the show's Bollywood howling was just so dire that I turned it off and I howled along to music of my own choosing.
I got to Newtown to find "Stormageddon - Bringer of Destruction TM" was running round in the nip, and Sam had the arse as Pogo had just eaten his shoes. I thought about relating the anecdote of when Fudge was a baby and he ate his own bed, but thought better of doing so. For all that Pogo probably needed an ally, I decided it was prudent not to hang about, and I set off on a little geo-mission instead.

Today is something of an anniversary. Five years ago I found my first geocache which was hidden in the graveyard at Kingsnorth church. It is still there now. It seemed like fun at the time, and since then I’ve found eight thousand three hundred and eighty-six more. In that time I’ve travelled over twenty thousand miles travelling from cache to cache. The silly game was had me camping in Cornwall on a Bank Holiday and seen me waving at webcams at Warwick university and at Banbury Cross. It has had me organising virtual ghost hunts around London and rescuing bats at Dover’s Western Heights. It has had me canoeing and climbing trees. I’ve been to eighty-seven formal organised events and met no end of new friends. Here’s to the next five years…
Some months ago I'd solved a few geo-puzzles vaguely on the way to Maidstone, so this morning I went to find them. Some were easy finds, one rather tricky. I did have a wry smile when I saw that in some cases the names on the paper log in the caches bore no relation to the names on the logs on-line. I shall watch and wait for the self-appointed geo-police to get involved. They usually do. You would never believe just how much bad feeling gets stirred up if someone has forgotten to write their name on a bit of paper.
As I was driving past it anyway I even fitted in a field puzzle which had me stomping round a rather scenic church (in some village I never knew existed) trying to count gargoyles. In years gone by I would never have thought I would be counting gargoyles as a prerequisite to rummaging in a bush. It was certainly never on any life-plan I might have made.
Life never quite turns out as you expect it might, does it?

With five caches found (one for each year I've done in this hobby) I drove up to Sainsburys for a spot of shopping. I was glad I did; they were giving away free bottles of milk shake. I guzzled my freebie, then went on to McDonalds for McLunch where I made a McPig of myself, and had McGutsache for the rest of the day.
My McDonalds before the late shift has been noticed; colleagues now all ask what I had for McLunch when I come in at mid-day. Some are rather jealous; one even mentioned she likes McDinner but wouldn't dare go into the place on her own.
I wondered why, I didn't like to ask though. I would suggest that she comes with me, but she might get the wrong idea. Perhaps *that* is why she don't go into McDonalds on her own.

Mind you if I was planning to "try it on" I'd suggest somewhere a bit more upmarket than Aylesford's McDonalds.... or would I? Probably not...