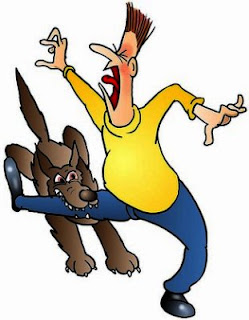 Last night as I turned the lap-top off it told me it had some updates to install. I told it to “update and shut down”. I always make this mistake. “Update and shut down” means “do half the job”  And so when I came to turn it on this morning the thing was effectively useless for fifteen minutes whilst it finished updating.
It finally sorted itself out, and over some toast I had a look-see into cyber-space.
Lots of people were posting about their latest runs and jogs. Am I the only person who has not taken up running recently?
I had an email from Geocaching HQ. They were touting some rather silly idea about trying to do something with the “geocaching friends” feature of their website. It is a bit like “Facebook Friends” but doesn’t actually do anything. Geocaching HQ really do need to sort themselves out. For a hobby which relies on state-of-the-art satellite technology they really are in the dark ages. Anyone trying to actually hunt out Tupperware using their software soon gives up and uses third-party stuff which actually does the job which theirs cannot. Why on Earth are they farting around with a “geocaching friends” when they could be sorting out their own software so’s I don’t have to pay GSAK and Project-GC to be able to do the hobby for which I am already paying Geocaching HQ.

"Daddy’s Little Angel TM" sent a text - "Stormageddon - Bringer of Destruction TM" was under the weather and they wouldn’t be coming for a dog walk. But my pups were itching to get out.
The weather was against us; you know the weather is bad when the joggers have umbrellas, but rain doesn’t seem to bother dogs.
We had a rather embarrassing episode as we walked. As we went from Bowens Field to Viccie park a six (ish) year old simpleton jumped out from behind a dustbin screaming at us; presumably in an attempt to make us jump. I had no idea who this child was, or what was going through his mind. But he put the fear of God up the puppy and she bit him. It was at this point that the mother appeared and told her child he shouldn’t be jumping out at strangers. The brat seemed none the worse from having been fanged. I think he saw it as an occupational hazard.
The rest of our walk was relatively uneventful after that.

I got in my car, and after having driven for twenty yards an enormous lump of yellow bird crap dropped from the sky onto my windscreen. Fortunately the heavy rain washed it off.  I'd spent enough time yesterday shifting bird dung from the car; I didn't want to do it again.
I drove round to Matalan; I've been throwing out old pairs of trousers recently; I really needed to replace some of them. I got a couple of shirts too. When they went through the till the prices that came up were in every case cheaper than that on the price tags. I kept quiet.
I then drove up the motorway. As I drove there was an article on the radio about current views in feminism. I don't want to give offence, but they were interviewing a looney. Apparently to be a "proper feminist" these days it is not enough to be an angry woman; you have to be of an ethnic minority too.  For some reason that I really couldn't understand, white Caucasian feminists are seen to be counter-productive to the entire feminist movement. White feminists were twice told to f... off (live on Radio  Four between 11am and 11.30am!) And, far from being a role model, having a female Prime Minister was perhaps the worst thing that could ever have happened to feminism.
Go figure!

I went to Aylesford Aquatics to get some chemicals to help clear the water in the garden pond; now the pergola is in place we should be able to get clearer water. I had a little chuckle when I looked in the farm shop by the aquatic centre. They were selling garden ornaments. Clearly ones they'd got from Whelan's in Sheerness (I recognised them) but were charging double Whelan's prices. I've often remarked on how cheap Whelan's stuff is; Holtwood farm shop is clearly profiteering from them. I wonder if I might go to Whelan's myself, load up the car with their finest, and sell the stuff at a boot fair at a profit.

Yesterday I mentioned I couldn't find a geocache in Ayelsford. I'd since been given inside information on exactly where it should have been. I went back and it wasn't where is was supposed to have been, so I replaced it (I'm helpful like that).
From the cache to work was a route which would take me past McDonalds, so a Happy Donald (as "Stormageddon - Bringer of Destruction TM"  would say) made for a good lunch. And as I was in the area I stopped off at Aylesford's cheapo-bargain shop for dog biscuits for next week's fishing trip.

And so to work. As I pulled up in the car park my phone beeped with a job offer. In the Orkney Islands. I deleted it, and right away I had another message from HM Passport Office to say my new passport is in the post.
I then went to work.
I quite like the late start as I get so much done in the morning. Can't say I'm keen on the late finish though...