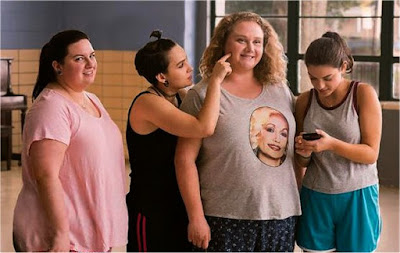 Posted by Manky Badger at 8:55 pm No comments: 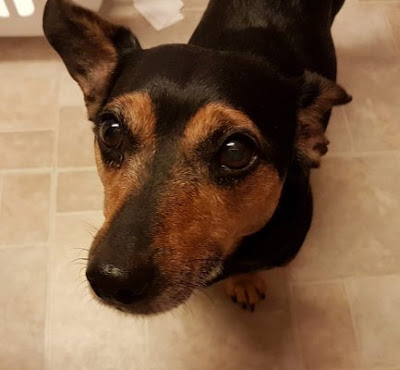 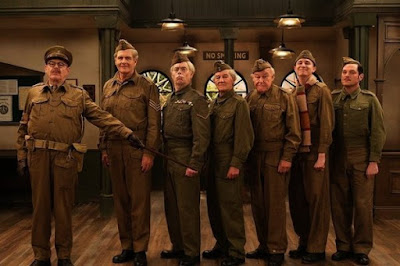 I slept like a log last night. For all that I grumble about them, "er indoors TM"’s blackout curtains do help me sleep. So did having had an incredible week away. For all that it was good to be home, and "er indoors TM" did have to go in to work today, I might have stayed on for another day in the New Forest (mightn’t I?)
But having spent a week generating laundry I made a start dealing with it. A week’s worth of sweaty T-shirts went into the wash.

I then had a little look at the Internet as I scoffed toast. There was a very nasty squabble kicking off on the national geocaching Facebook page. A couple of months ago was the national meet-up in Aberdeen. As an attraction for this meet-up the organisers had paid for someone to bring a duplicate of a can of beans that had been in the first ever geocache (some people are easily entertained!). They’d paid for this (and the chap who owns the can of beans) to be flown all the way from America. The idea was that you would look at this can of beans, and once you’d tiddled your pants in uncontrollable excitement, you’d sign a piece of paper to say you’d seen it. After the event was all over, the can-owner went back to America only to find he’d left the bit of paper (with all the signatures) behind, so he emailed the event’s organiser to ask for his list of signatures to be forwarded to him in the USA. However everyone else has emailed in with all of their petty trivialities, and this email was but one in a pile of over three thousand.
Because the list of signatures wasn’t returned instantly, the chap in America then posted up all over the Internet claiming that this insignificant scrap of paper had been stolen, and the entire issue has been blown out of all proportion in Tupperware-hunting circles all over the world.
Apparently this bloke had done this sort of thing before.
You *really* couldn’t make this up, could you?
More and more I’m moving out of the social side of geocaching (and any hobby come to that). It doesn’t need to be one big argument, does it?

Once Fudge had been hand-fed his brekkie (piece by piece) I hung the washing out, put more in to scrub, and we went for a little walk. Getting fed up with walking in the same old places, today we took a little stroll along the river up by Little Burton Farm. As we walked we saw quite a few people fishing in the river. I say “fishing”. There are various ways to fish, each of which are as different to each other as throwing darts is to throwing javelins. It was crystal clear that the three people we saw today hadn’t the faintest idea of what they were doing.
As we walked we met other dog walkers, and played nicely. That was something of a result.

Over a spot of lunch I watched the last episode of “Poldark”. The series seemed to have been left open. Will they make more? I hope so.
I then set the washing machine loose on my pants whilst I ironed shirts.
With shirts ironed I had a look at the household accounts as I do every month. They aren’t bad; they could be a lot better. But they aren’t bad really. I just want to have a *lot* more money. I don’t need it; I just want it.
Mind you, I had a minor result with the car’s insurance. The insurance company had sent in the quote for next year’s policy. Ninety quid more than I am paying at the moment. So I phoned them and asked if I *really* had to go through the farce of phoning around for other quotes. They laughed and knocked thirty quid off of the price that I was already paying. I was rather pleased about that.

"er indoors TM" came home, and we had a rather good bit of steak and chips for dinner. As we scoffed we watched the three episodes of “Dad’s Army” that have been re-made. I must admit that my hopes weren’t high about this re-make, but it wasn’t too bad at all. Far better than that frankly awful film that was made a few years ago.

Today was really dull compared with the last week…

Posted by Manky Badger at 9:24 pm No comments: