Yesterday evening I mentioned on Facebook that I’d been watching Monty Python’s “Life of Brian” as I did the ironing. Overnight several people had commented about it. As everyone was gushing with praise for the film I didn’t have the heart to say I felt the thing had been something of a disappointment.
I was also glad to see that much of the squabbling that filled social media yesterday had died down overnight. That was probably for the best. I was expecting things to still be kicking off; one of the main protagonists was someone I’d not encountered before on-line. I was told (from people who know him) that he delights in trolling the internet.
I wish people wouldn’t.

I set off to work through some awful weather. The wind and rain made for rather nasty motorway driving. As I drove the pundits on the radio were talking about the resignation of the Home Secretary Amber Rudd. Having been following the news for the last week I think it is fair to say that there was a deliberate campaign to hound her out of office.
The shadow Home Secretary Diane Abbott was wheeled on air. There was a discussion about the “hostile environment” policy that had been in place in the Home Office for some years. The implication was that it was originally something devised by the previous Labour government, and Ms. Abbott made what I can only describe as a total cock of herself. She was very quick to crucify anything and everything the Conservatives had ever done or said. But any mention of anything every said or done by the Labour party was immediately dismissed by Ms. Abbott who claimed the Labour party was under new management, and consequently had nothing to do with what had gone before.
I have a theory that Ms. Abbott (and Mr Corbyn) is actually an invention of the Conservative party designed to make the Labour party unelectable. It seems to be working…

As the radio driveled on so the traffic slowed and the queues formed. I was stuck on the motorway for seemingly ages. There is no denying that I was rather grateful to see the works’ toilet.

Work was work; I came home and walked the dogs round the block, and with "er indoors TM" off bowling I sparked up Netflix. Did you know they’ve re-made Monkey?
The New Legends of Monkey is an Australian made-by-Netflix show. Whilst it lacks the theme tune of the original, it has promise, even if Tripitaka isn’t quite as sexy as the original.

Posted by Manky Badger at 8:49 pm No comments: 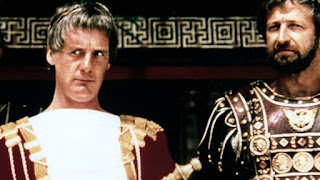 Over my morning toast I looked at Facebook and saw that there was a bit of a squabble happening on one of the geocaching pages on Facebook…
Once you’ve found a plastic pot under a rock you have to log the fact on-line. The vast majority of people *never* read these logs except when looking for a hint when they can’t find a cache. But there is a rather vocal small minority who seem to want a little essay to be written which is gushing with praise for the plastic pot and admiration for the person who hid the thing under a rock. This minority is getting rather nasty in what it is posting on-line, and this morning had made a rather nasty personal attack on people who contribute a *lot* to the hobby.
Do these people *really* think that their plastic pots are so that marvelous that when I get home having found fifty such pots (like I did yesterday) that all of them were memorable enough for me to wax lyrical about each and every one? The game is a treasure hunt, not an exercise in creative writing. If people want to read fine literature, that‘s what libraries are for. Do we *really* hide these pots just so’s we can read about just how marvelous we all are? As a C.O. with dozens of active caches I don’t read any of the “Found It” logs.

Bearing in mind that the park run would be in full flow I delayed walking the hounds. Instead I mowed the lawn and then spent a few minutes bashing the mud from our walking boots before we went out.

We then had a good walk round the park. Most of the joggers had finished, but there were still one or two there. One of these exemplified why I don’t like the runners. He came past me without incident, but then started shouting at the two dog walkers fifty yards ahead of me. When he got close to them he stopped, and I could see there was a row going on. As I got close I could hear what was going on, and I went and stood next to the dog walkers to show my support. As did my two hounds.
It turned out that the jogger had got the hump because he didn’t have enough room to get past the dog walkers. I had been on the grass as he’d run past me; I’d done the right thing (in his eyes). It seems that joggers need the entire tarmac path to themselves, and the etiquette is that dog walkers should walk off of the tarmac and into the mud to let the runners pass (or so we were told).
The dog-walker with the staffie (who hadn’t walked into the mud) told the jogger to f… off; I shook his hand (the bloke with the staffie, not the jogger), and all was well.

Once home I had a squabble with not-so-nice-next-door. (The side that doesn’t do noisy sex).
I say “squabble”; she didn’t say a word. With a little time before the forecast rain I’d decided to spend a little time cutting back the jungle which flows from her garden over the fence into mine. As I trimmed it back she came up, stood and glared over the fence at me. I carried on pruning. After five minutes of her continued black looks I explained to her that I didn’t want any of her stuff in my garden; not a single leaf. She looked at me like I was the sh*t on her shoe, and walked off.

With the garden pruned I decided to prune my wardrobe. The thing had got so full that I couldn’t close it. So I had a chuck-out of stuff I haven’t worn for years. I got rid of ten pairs of “normal” shorts, fifteen work shirts (the armpits of which had become decidedly crusty) and twenty T-shirts. The wardrobe now closes.
I then carried on working on planning some geo-walks.

As I did all of this "er indoors TM" had stripped the kitchen, scrubbed down the walls and ceiling and started fixing the blown plaster.

By the time mid-afternoon came we were feeling a tad peckish, so we drove out to the Kennington carvery where we met up with "My Boy TM" and his branch of the tribe. We had a rather good double helping of roast dinner.
I quite like the Kennington carvery. You really do get all you can eat for twelve quid (and what you can’t eat goes into a bag for the dogs). Mind you the place is just the teensiest bit “council”. There is always at least one brat somewhere in the background screaming and the place does feature quite a few scratters in its clientele. One such was at the till when I was paying; loudly trying to confuse the girl on the till in a shallow attempt to get me to pay for her dinner. (The scratter’s dinner, not the girl on the till’s).
Her face was a picture when I told the girl on the till I had no idea who the scratter was, I had never seen it before, and it could pay for its own dinner.

We went on to McDonalds for a McFlurry for pudding. "er indoors TM" set off bowling; I set about the ironing whilst watching Monty Python’s “Life of Brian” on Netflix. For a film that stirred up a *lot* of controversy when it was released, I was rather disappointed this evening. I could remember it being *much* better.

It was a shame it rained for much of today… 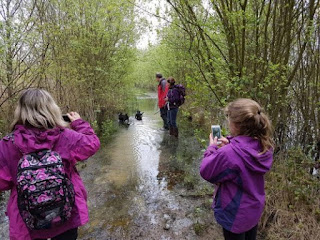 Posted by Manky Badger at 10:18 pm No comments: