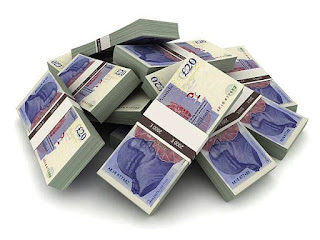 After a reasonable night’s sleep I watched this week’s episode of “Dark Matter” over brekkie. I found myself wondering why I was watching the show. I have pretty much no idea what’s going on (as I’ve slept through so many episodes), and the show is *incredibly* derivative of other sci-fi shows. Evil duplicates, alternative realities, memory loss, it-was-all-a-dream was all done better in Star Trek years ago.
As I watched, the puppy came downstairs with one of "er indoors TM"’s bras in her mouth. She looked at me as if to challenge me about the bra. I wasn’t going to get involved. Mind you it was a different matter when she came back five minutes later with my shoe horn.

With telly done I sparked up my lap-top to see what was going on in cyber-space. Nothing much had happened on Facebook overnight which was a shame. Not much has kicked off on there lately. I have a few people I keep on the friends list purely for the dramas they post up, and they’ve been disappointingly quiet recently.

I put on one of the new shirts I bought on Wednesday. Unlike yesterday, this one fitted. I then wrestled my socks away from the puppy, and set off to work. As I drove the pundits on the radio were interviewing some minister or other about the wages offered to university vice-chancellors. With the rest of university staff being held to a 1.1% wage increase this year (0.1% more than I'm getting), vice-chancellors are getting in the region of 11%. Nice money if you can get it. Apparently university vice-chancellors are worth paying extra for.
There was also talk about how Southern Rail has been fined for the abysmal service it provides when it is common knowledge that the abysmal service is pretty much due to the staff constantly going out on strike. Because they are constantly going on strike the average train driver earns more than double what I earn. Again, nice money if you can get it. Interesting how their union stands up for them but when I was a union representative my fellow union representatives were nut-cases and wannabe MPs, and when I needed the union they pretty much pissed on my chips.
Sometimes I wonder where I went wrong. Whilst money isn't everything, it does allow you to be miserable in comfort.

There was also an interview with an ex-anorexia sufferer, and lots of talk about healthy eating. I'm not saying that I want to be anorexic, but I'm certainly sick of being fat. If I'm not stuffed to the point of almost being sick, I'm hungry. I'm often so hungry that it hurts, and I'm eating to stop it hurting. And what really boils my piss is that most people who aren't overly fat don't have the faintest understanding of any of this. It really annoys when people tell me that I can't be hungry after eating a meal when I am actually still ravenous.

I got to work to find I'd left my watch at home. I was rather surprised to find how often I would look at my wrist only to find my watch wasn't there… Amazing how not wearing a watch can upset your entire day…