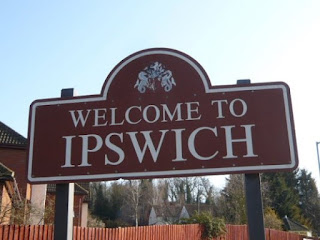 I slept like a log (which was a result). As I scoffed a bowl of granola I watched another episode of “People Just Do Nothing” in which our heroes went to Ipswich and found they didn’t need passports, but did come home with jet lag.

For once nothing had happened on Facebook overnight (which was something of a disappointment) so I set off. It was rather foggy as I went to find my car this morning. More and more I've been feeling the urge to move house; having somewhere to park the car more conveniently is only one reason why I want to move.

As I drove the pundit on the radio were talking about the forthcoming end of lockdown II. Coronavirus infections in England have fallen by about a third during lockdown II. They will probably soon rocket though as it seems that overwhelming numbers of people aren't happy about the COVID-19 tier to which their neighbourhood has been allocated and intend to ignore the rules and restrictions. It is a sad indictment of our society that most people seem to think that failing their GCSEs and listening to "Karen from Facebook" has given them a far better understanding of epidemiology and virology than years of post-graduate study might have done.

There was also talk about how farming subsidies will be handed out in the post-Brexit world.  Rather than being paid not to produce milk, meat animals or crops, the new system, "Environmental Land Management" will pay farmers if they prevent floods, plant woods and help wildlife. So much for actual farming, eh?

And there was talk of how a government minster announced that the Lurpak butter factory was moving to the post-Brexit UK only to have the boss of Lurpak contradict him. Woops!

I got to work and did my thing. As I did I peered out of the window from time to time. The fog made today a rather glum grey one, and (adding that to the ongoing COVID-19 restrictions) today was probably best spent at work. During tea and lunch breaks I found myself exchanging messages with "Daddy’s Little Angel TM" who has decided to construct a fire pit in the garden that she hopes (one day soon) to acquire. It has been my experience that the novelty quickly wears off of anything which is both (or either) garden-based and fire-related. But planning one is keeping her out of trouble, and that is never a bad thing.

I came home, and together with "er indoors TM" we delivered "My Boy TM"’s advent calendar. I get to start opening mine tomorrow. I understand that quite a few people are looking forward to seeing it appear (in instalments) on Facebook. I hope they aren’t disappointed…
Posted by Manky Badger at 9:43 pm No comments:

I sulked a little as I went to the toilet at four o’clock this morning. When "er indoors TM" goes to the loo there is a very noisy mass exodus as the entire wolf-pack follow her. When I go for a pee no one stirs, but I come back to find dogs in the warm patch that I’d left.

I slept for another four hours then got up. My chivvying Sidney into the garden bore fruit today (if you can call Pug turds fruit), and as my toast cooked I shoved a swab up my nose. The NHS has instigated a program of testing asymptomatic staff for the COVID-19 virus. Twice a week I test myself, and if all is well I carry on regardless. What happens if all is not well remains to be seen, but unless the vaccine gets a move on, I’m sure we will find out eventually. After all, these masks and social distancing aren’t at all preventative. Thy are just putting off the inevitable.

For all that I was feeling a tad under the weather, the test was negative. Perhaps I am sickening for something else?

I scoffed toast and peered into the Internet. I sent out a few birthday wishes, and I saw that Dave Prowse (The Green Cross Code Man and Darth Vader) had died. He was eighty-five. I once spent a day standing next to him at the University of London. I was selling a friend’s artwork; he was selling autographs. Neither of us did a roaring trade that day, but he seemed pleasant enough.

For once there wasn’t much else happening on-line.

Elliott arrived to have a look at the leaking flat roof. As he put it right, I pootled in the garden. Perhaps it is the wrong time of year to be mowing the lawn, but with four dogs crapping on it, the grass needs to be short so we can find the turds. I found, fetched and flushed four bucketfuls of the things today.

And with lawn mowed and turds flushed I raked up no end of leaves. It took a couple of hours to mow and rake, and once I’d had enough the garden really didn’t look that different to when I’d started. By then Elliott had done with the roof (for now). There’s still a lot to do, but that will keep until the better weather in the spring. Hopefully the fix will see us through this winter, and a complete new roof will be the subject of a blog entry next spring.

We had a bit of lunch, then took the dogs out for a walk. We drove up to Ashford Warren where the leaf litter was so thick we couldn’t find the footpaths. But we had a good little wander about. There was a geocache we hadn’t found right at the far end of the wood so we went up to see if we could find it. We couldn’t, despite having quite a good hint as to what we were looking for. Mind you the description did say that the co-ordinates given might be a bit squafty, and having since spoken with the chap who’d hidden the thing it would seem that our GPS was about twenty yards awry from his.

We did find the cache that was on the way back to the car though.

We came home, and "er indoors TM" made her Christmas wreath. Whilst we were out she carefully and caringly gathered some of nature’s bountiful harvest (or wantonly ransacked a couple of trees, depending on your personal perspective). The wreath itself looks OK in the piccie – what you don’t see is the boot lace and gaffa tape holding on to the kitchen door. I’ve been charged with attaching it to the front door, and I’ve been told I can’t use nails. I wonder how this will turn out.

Oh – and today is four years since we got Treacle. "Stormageddon - Bringer of Destruction TM" once described her as “a pain in the glass”. He’s not wrong.

Posted by Manky Badger at 6:12 pm No comments: 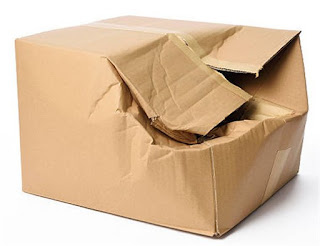 I came downstairs admiring the new carpet and chivvied Sid into the garden. It was rather foggy as he bimbled about without a care in the world. We went back inside, I had a shave, and came out of the bathroom to find he’d crapped on the lino. He’s very good with tiddle, but seems to have lost all control over the other end (poor pup).

I made toast and had a look at the Internet. For some inexplicable reason I recently joined a Radio Four – related Facebook group and someone was whinging on there about how no one on that page has anything good to say about the station’s output. Isn’t this true of all fan groups though? No matter what the subject, no one has a good word to say about the show of which they are supposedly a fan. Look at the nastiness in the Doctor Who groups (today!) about the new Dalek design. And the show Star Trek: Enterprise was cancelled in no small part by the constantly negative reviews from the so-called fans.

I then rolled my eyes when I saw what a cousin-in-law was posting on-line. Having made a conscious decision to move three hundred miles away to the arse-end of Cornwall, she’s constantly whinging about how far she has to drive whenever she wants to go meet any family or friends. There was quite the rant today about the seven-hour drive that she’s planning for Christmas Eve.

As I fiddled on-line so the doorbell rang. The DPD driver was delivering a parcel with which either he or his mates had been playing football. I’d never seen such a mangled package. I intimated to the driver that I wasn’t impressed. He didn’t actually say “f… off fatso” but his tone certainly conveyed the sentiment.

With the dogs itching to go out we drove over to Godinton where we had a little walk round the estate and woods. A friend had hidden some geocaches over there, and hunting them out gave us a little route for our walk. Some of the hides were a bit tricky; we did have to phone for help on one of them. But we found all that we’d looked for, and the dogs didn’t get that grubby either.

We dropped the dogs home and settled them, then went round to Asda for a bit of shopping. We wanted light bulbs; we ended up spending over fifty quid.

Supermarkets make me laugh at the moment. As you walk through the door there are spotty security guards making sure your face coverings are on, and there are constant announcements over the loudspeakers about keeping your face covered. But only half the shop staff are wearing face masks, and those that are wearing them have them as chin warmers rather than as anything protective. Two or three were wearing visors, which achieved absolutely nothing. Apparently those who wear visors are those who have an exemption from wearing the masks. I wonder if they have told the virus that?

We come home to find the garden waste recycling bin has gone. I wonder who has nicked that.

I spent a little while doing CPD, and since it was hopelessly out of date I had a look at my LinkedIn profile. Isn’t LinkedIn a load of old tripe. I have been recommended for my skills at haematology, Microsoft office and laboratory automation. All very nice, but not one of those recommending me have the faintest idea as to whether I’m any good at those skills. In fact some of those people recommending me have never even met me.

"er indoors TM" boiled up a rather good bit of dinner which we scoffed whilst watching another episode of Netflix’s “The Crown” which this time would have us believe that two incidents which took place seven years apart were actually in the same week.

And now we are watching “Nativity”. This year Christmas seems to be starting very early. As we walked earlier we saw so many houses with their decorations up. Personally I’m not convinced with the idea. I suspect that those who are currently “decking the halls with boughs of holly” will find that the novelty of Christmas will wear off sometime in mid-December. I hope I’m wrong, but time will tell. It always does.

Posted by Manky Badger at 9:59 pm No comments: