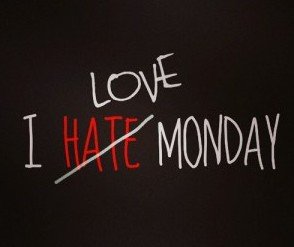 For some inexplicable reason the puppy had a woofing fit in the small hours which set Fudge barking too. I so wish they wouldn’t do that. I had only just nodded off, and I saw pretty much every hour of the night last night. I gave up trying to sleep shortly after 5am, and got up and watched the brand-new episode of Game of Thrones which the Sky-Plus box had recorded at 2am. I had considered waiting until this evening before watching it, but so many people watch the show that it is just impossible to avoid spoilers about the show.
The episode was quite good, blood and tits abounded. Perhaps too much blood. I’m struggling to know who is who in the show, and more importantly who has fought with or against who and who has porked who. Mind you the thing is obviously building up to a big climax; I just hope they give it a good ending rather than dragging it on for as long as there is money to be made from it.
As I watched it I combed Fudge. He likes being combed. The puppy came and bit me for a while before going off to do her own sweet thing.

I then sparked up my lap-top to see what had happened in cyber-space overnight. Not much really. Nor had I had any emails worth mentioning.

I set off to work on a wet morning. As I drove the pundits on the radio were again raking over the death of Princes Diana. How long had she been dead? Surely it is time to move on? They then interviewed one of the top knobs at the airline Ryanair who are looking set to move all of their business from the UK into Europe as they are convinced that the British economy is about to go tin-pot following Brexit.
There was then a lot of hot air and bluster about Jeremy Corbyn’s supposed promise to wipe out student debt. Was his policy misrepresented or has he worked out how much it would cost? Who knows.

I got to Aldi. As I pulled up I noticed there were three police cars parked up by McDonalds. A gaggle of coppers came out, laughing and joking, and drove off. I would have thought that in these times of reduced police numbers, having the shift going for brekkie together isn’t a good idea, but what do I know?

I got to work. Work was good. It is mostly good these days. Today marks my six-month anniversary in my new workplace. It is not perfect; nowhere ever is. But for the last six months I haven’t felt physically sick at the thought of going in. There is no policy to have your colleagues go through everything you’ve done with a fine-toothed comb actively looking for fault. The bosses don’t stand over your shoulder watching your every move hoping to catch you out. I’ve not been asked to do the supervisory work for which I was turned down for promotion but the chap who was given the job was unable to do.
I’m happy at work, which is more than I’ve been for several years.