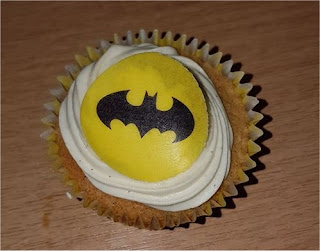 Yesterday morning I was wondering if Facebook was about to die on its arse. Yesterday evening the thing was more alive than it had ever been. Last night I found myself wondering. The new series of “Game of Thrones” was due to be broadcast at 2am this morning. Bearing in mind I’d seen spoilers galore about the new actor in Doctor Who and about last week’s Crystal Maze I knew I had to watch the show at 2am. But the burning question was having seen the show should I tell the world what happened? Is that now the new etiquette? It certainly seemed to be yesterday.
I woke shortly before 2am and watched the show. It was… something you’ll have to watch for yourself.

I went back to bed and tried to sleep. Eventually I dropped the puppy onto "er indoors TM" at 6am and told her to sort her out. I got a couple of hours sleep.
Yesterday I’d whinged on Facebook about people continually posting spoilers on Facebook. Over brekkie I received an apology from the of the spoiler-givers (which was decent of them) and I also received a very worried message from a friend who thought he might have been guilty.
However the main culprit (who spoiled every single episode of the last season of Doctor Who) obviously remained utterly oblivious to what she had been doing. Having dropped so many hints (that had been missed) I politely told the miscreant the error of her ways. I got a reply. "... I am sorry if it spoiled episodes for you. I can't help what my other friends reply and what else they gave away...  I am aware that some of my replies to their comments may have given other things away... I can't not reply to my friends on the off-chance that one of my other friends hasn't seen the episode".
I disagree with this attitude. Not only can I not reply to people making spoiling comments on my Facebook page, I can also delete those comments and tell people off for giving spoilers. However it is incidents like this that make you realise if you want to continue an acquaintanceship. Or not. This is the person who demanded she didn't see any spoilers when she wasn't able to stare at the telly on Sunday afternoon; despite constantly posting spoilers herself. One comment (regarding Missy in Doctor Who) was posted up on-line within seconds of the incident being broadcast (whilst the show was still in progress).
I'm told that perhaps I might stay away from Facebook to miss spoilers. But when spoilers are being given several times a week every week about pretty much every show I watch (and there's not that much I do watch on telly) I decided to chuck her from my Facebook friends list, but when I went to do it, she’d already de-friended me.

I took the dogs round the park. As we walked we met an old friend who commented on how much weight Fudge had put on. Treacle ran in terror from every other dog we met, hoofing me in the pods as she tried to jump up.
We had to cut our walk short; there was tree felling going on in the park. A lot of people run Ashford council down, but they do a really good job with the park.

Once home I settled the dogs and set off for a little morning adventure. I went to B&Q to look at their electric screwdrivers; my elbow is just too painful to drive screws as God intended. The electric screwdrivers I would were about a hundred quid each. I asked the nice lady if they had any cheaper ones. The nice lady pointed me at the usual screwdrivers and in the sort of tone you might reserve for "F... off fatso" she told me that he cheap ones weren't electric.
I shall see if I can borrow one...
I went on to Matalans to take back the curiously shaped shirt I'd bought from them last week. The people at the till agreed it looked odd, and refunded my money.

I then drove up to Aylesford where I failed to hunt out a geocache, then went on to Aylesford cemetery where I got all the clues to find another geocache. I did the sums and worked out a location over a mile distant. I didn't have time to go find out; I shall email the chap who set the puzzle to see if I had it right.
I had time to go for McLunch, but there was a McDisaster. The milkshake machine at McDonalds had gone west, so I had to rough it with diet coke. Diet coke doesn't compare to milkshake and McFlurry.

I ran into the cheapo-bargain shop for half-price coffee and a cake, and then took the cake into work. We were having a cake-o-thon today. Always a good thing...