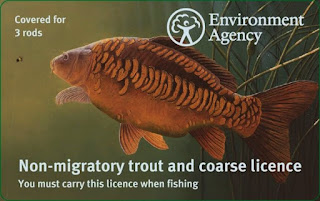 The night was cooler than it has been recently, and the puppy was a lot less active during the small hours, so a night asleep was on the cards. I spent much of it cuddling Fudge like a teddy bear; sometimes he has his soppy moments.
But despite a good night I was still wide awake shortly after 5am. I came downstairs and watched the first episode of “Uncle”. I remember that series when it first came out. Whilst I wasn’t paying attention the BBC have made two more seasons of the show. As I watched telly the puppy came downstairs and played her latest game of chewing my arm. I wish she wouldn’t do that. Perhaps I should stop encouraging her.

Both Facebook and email had been quiet overnight, and bearing in mind how the motorway has been bunged up all week I had a look on Google Traffic to see what the way to work was like today. Google said it was fine, but I left early anyway.

As I drove to work the pundits on the radio were still discussing the ongoing Brexit negotiations. Liam Fox (Secretary of State for International Trade) says a Brexit deal should be really easy to sort out. Meanwhile David Davis (The Brexit Secretary) says achieving a Brexit deal would make the NASA moonshots look simple. So with the Cabinet obviously divided, things aren't looking good for us.

There was also an interview with a rather rich farmer/landowner who was rather hacked off. The chap in question was actually a Duke (I can't remember what he was Duke of). Up till now farming (or *not* farming) had been easy money for him. But following Brexit all the subsidies his farms get will go down the pan. He'll have to produce a crop that will sell, rather than being paid not to produce a crop of which we've got a glut. And he'll have to maintain rights of way on his land and generally look after the countryside at his own expense rather than at the public's expense.
Is this so unreasonable? After all I do my own gardening and pay my own way. The principle is the same.

I was a little perturbed to hear the news from the Mediterranean. There has been a rather major earthquake in Kos; it has killed two people. We're supposed to be going on holiday there in a few weeks’ time. "My Boy TM" assures me the hotel is still standing. Here's hoping.

I'd left home early hoping to miss the traffic; I did. I got to Maidstone with time to spare, so I went to look for the geocache for which I'd found all the clues on Monday. I couldn't find it, nor could I find the one near Sainsburys either. I'd gone to Sainsbury's to get some beer for tomorrow's planned barbecue. Six bottles of ale for eight quid should see me right.
​As I worked "er indoors TM" emailed to say she was sorting out the holiday insurance. Am I being cynical in thinking it would have been cheaper *before* the earthquake.

I did spend a few moments looking out the window this afternoon. It was a bright afternoon; perhaps I might have booked the afternoon off (before everyone else got in first) and gone to Canterbury beer festival.
But Canterbury beer festival is not in the most convenient of locations. It is a pig to get to. And earlier I bought six pints of ale from the supermarket for eight quid. A similar amount at the festival would have sent me back twenty-five quid. Train there, train back, taxi to and from the station, bit of dinner... fifty-plus quid just to give myself a hangover? I'll content myself with a beer or two tomorrow after work, and be grateful I don't have to rub elbows with the Great Unwashed.

I came home and was about to walk the dogs when "Daddy’s Little Angel TM" phoned. There had been an incident in a tunnel (!) and trains in and out of Folkestone weren’t happening. "er indoors TM" walked the dogs whilst I mounted a rescue mission.
I came home and did the monthly accounts. It would seem HM Government never took the money for my fishing licence. That’s a result…