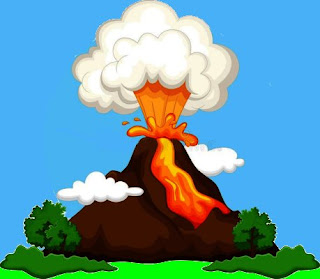 Having discovered an errant turd on the carpet behind the table last night I took no chances this morning and frogmarched two very sleepy puppies into the garden far earlier that any of us would have liked. After a while both eventually tiddled. Dogs are strange things. I wake up every morning in dire need of the loo; dogs wake up with no such urge and are quite content to bimble round the garden playing silly beggars before eventually "producing" after ten to fifteen minutes later.

I'm finding that these days so much of my life revolves around the toilet habits of two small dogs...

They went back to sleep, and I watched an episode of "The Sandman"; this one featuring Stephen Fry as "Gilbert". I went to school with a Gilbert; albeit a different one. The rat I dissected during my A-level biology classes was named after him. He ran competitively at county level in the late 1970s. He once sold me a pedal-bike that fell apart within a week of my buying it. And he sadly died some time ago in an air crash.

And so to work. My piss boiled as I drove. The pundits on the radio were talking about the recent murder of Thomas O'Halloran; an eighty-seven year old chap stabbed to death whilst on his mobility scooter in London. The chap's local MP was interviewed who said that this was the fourth murder in the area in six days. For all the hot air vented and crocodile tears shed, no one was brave enough to address the core issue that the police are (yet again) unable to keep the streets safe. Is there *really* any practical alternative to having vigilante mobs keeping us all safe?

A-level results were published today. It would seem that grades have fallen. Seriously? For the last two years COVID restrictions have meant that A-level results have been issued on the strength of what teachers think the students would achieve, and which teacher is going to claim that their students would get anything other than a brilliant result?

And hot on the heels of COVID, double figure inflation and record breaking temperatures is a predicted world-changing volcanic eruption according to our old friend science. That would be a nuisance...

With work done I came home… and was lucky to get there. As I came down the Operation Brock contraflow (with a fifty miles per hour speed limit) I was intensely conscious of the lorry behind me. Inches behind me. Either the driver was falling asleep at the wheel and was unaware of how close he was. Or he was impatient with the speed limit and was deliberately trying to hit my car to get me to go faster (even though there were other cars in front of me). I’ve emailed the email address on the side of the lorry to ask which it was.
I wonder if they will reply?

Posted by Manky Badger at 9:32 pm No comments: 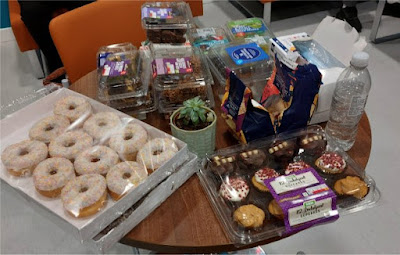 I put the event shelter away yesterday evening as I wanted the lawn to get the benefit of the forecast overnight heavy rain... it didn't come. Last night the weather forecast gave over ninety per cent chance of heavy rain from four o'clock onward this morning. I let the puppies out to bright sunshine.

Once they'd done their thing they went upstairs and looked at me from the top of the stairs. I carried them and dumped them on a sleeping “er indoors TM” whilst Treacle glared her indignation at me. I made toast and watched another episode of "The Sandman" featuring a sadly non-lesbidaceous Jenna Coleman (which was something of a disappointment)

As I drove to work through a very dry and bright morning it was obvious there had been no rain up the motorway at all. And my piss boiled as the pundits on the radio were talking about the so-called "blood scandal". At first sight this blood scandal is terrible; people have been given all sorts of infections through transfusions of infected blood and blood products. But when you look a little deeper into the matter...

Much of the infected blood came from America where the less salubrious members of society were being paid for their blood. And so the habitual intravenous drug users could finance their drug habits by selling their blood. Why did the UK use American blood? Because UK residents don't donate (not sell!) anywhere near enough of the stuff.

This morning it was announced that all the victims are to get interim payments of one hundred thousand quid each. There was an interview with one such victim this morning whose life was blighted when a blood transfusion in 1975 gave her hepatitis C. Now there's two issues here...

Firstly blood transfusions aren't given lightly. There must have been a clear and serious reason for that transfusion.

Secondly hepatitis C wasn't identified until 1989. Is it reasonable to accuse the NHS of negligence when they were trying to help and had no knowledge of a disease which wouldn't be identified for another fourteen years?

I got some petrol before work, then went in to Sainsburys for this and that. In a sign of our times there wasn't anyone on the tills so I had to use the self-service checkouts. But there was an interfering busybody member of staff who wouldn't leave me alone as I tried to scan my shopping. She wasn't at all impressed when I suggested we went over to a proper till where she could do the job that she is paid for and that I was trying to do for free.

And so to work where I sat by a large window and spent much of the day watching for the forecast rain. By mid day the weather forecast had an eight per cent chance of rain for mid-afternoon, and that was when the torrential rain came. I say “torrential”; after two minutes it had gone.

I’m reliably informed that other parts of the country had massive amounts of rain today, but I didn’t see any.

Mind you there was cake, so the day wasn't entirely wasted.
Posted by Manky Badger at 9:28 pm No comments: 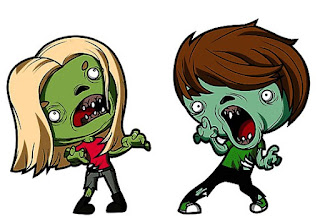 I was rather pleased to wake up.

Once the dogs had sorted themselves out and gone back to sleep I made toast and watched an episode of "The Sandman" (featuring Remus Lupin from "Harry Potter" as a well-intentioned idiot) before setting off for work.

As I got into my car so not-so-nice-next-door got into her car and made a point of blanking me. It was rather laughable;  parking her car against the traffic she was staring right at me whilst pointedly ignoring me. A shame really; I feel I should point out the ridge tiles on her roof that are about to come off.

She then tried to turn her car round. That too was rather laughable. I must admit I often find myself asking if she has ever had any driving lessons, let alone actually passed the driving test; she is terrible at driving.

With her finally out of the way I set off to work listening to the radio as I do. there was more talk about the situation in Afghanistan one year after the western forces effectively abandoned the place.

And there was talk of COVID vaccines too.

Just as I drove in the hospital drive I saw a colleague walking past. I smiled and waved, as did he. And a short while later I heard he'd phoned in sick. Had he turned round and gone home, or does he have a double?

Work was work; but getting home was hard work. It took as long to drive the two miles from work to the motorway as it did the twenty miles from there to home.

I got home just as “er indoors TM” was taking the dogs out. Rather than going with them I took the opportunity to get the event shelter packed away before the forecast rain came. Mind you the thing wasn’t entirely dry; the feet into which the poles fit each had an inch of a rather pungent liquid in them. I couldn’t say with absolute certainly that it was Morgan piss… but there’s not many other possibilities.

To think that having him was my idea…
Posted by Manky Badger at 9:47 pm No comments: