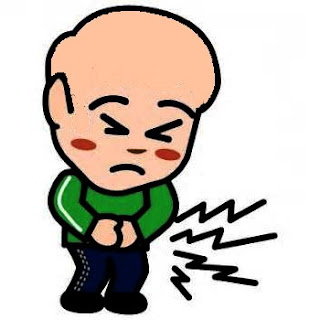 Posted by Manky Badger at 11:06 pm No comments: 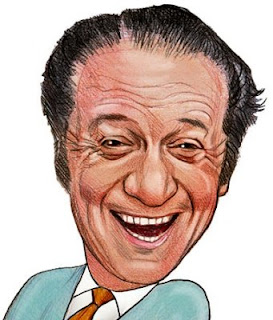 I slept like a log despite a rather vivid dream in which I had to help various Z-list celebrities escape (on motorbikes) from Northern France which was under the relentless rule of a zombie apocalypse led by the late Sid James. Sometimes I wonder what goes through my head.

Over brekkie I peered into the Internet to see what I’d missed. I hadn’t missed much. So I got dressed, got the dogs organised and we drove out to Kings Wood to do a spot of geo-maintenance. Over the weekend some bunch of people walked my geo-series and found one of the caches was broken.
I say “broken”; apparently the actual cache had gone missing but the paper log (in its bag) was still there. A replacement cache was needed.
This has happened on pots I’ve hidden under rocks recently a few times recently. The pots aren’t missing; just broken.
Admittedly according to the rules it’s up to me to maintain caches I’ve hidden, but surely maintenance of caches is a community responsibility to keep this hobby going? How many people go out looking for caches compared to how many make the effort of putting the things out? So many people get *so* much* from the hobby. Is it really unreasonable to expect people to contribute something back? It’s not the money – a replacement pot costs pence – you can get packs of six from the pound store. You can get free film pots from Boots in the High Street. It’s the time that you (I) have to take out of a busy life to sort it that is the issue. What with work schedules, family weddings, cameras up the jacksie and one thing and another, time is at something of a premium for me right now. Anyone finding a broken pot might pop out a replacement in less than a minute. Demanding that I go out to do it takes me a couple of hours.

Last night I had a whinge about this on the “Geocaching in Kent” Facebook page. I intended it to be a general whinge, but the bunch of people who’d seen the problem at the weekend took offence and things got rather nasty.
In the end I deleted the thread.
The social side of hunting Tupperware used to be such fun. Back in the day I organised at least one geo-event for the local geocachers every month. We had some wonderful walks here and there. Great fun out on boats, and in the deepest countryside, and some rather good trips to London.
Now it is just one big argument. The sad thing is that through this silly hobby I’ve met a *lot* of good friends. Those who cause the nastiness are all “keyboard warriors” who live miles and miles away.
Such a shame.

But in the meantime maintenance needed doing… We drove up to Kings Wood, and despite Fudge’s straggling we had a rather good walk to and from the problematical pot and back again. As we walked we met one cyclist and a couple of runners. You can walk for hours in Kings Wood without meeting anyone else.

We came home. As the dogs barked at their own shadows I hung out the washing until they fell asleep, then I set off towards work. Narrowly avoiding being run off the road by a bus I negotiated the new traffic lights at the end of my road. I felt it rather ironic that the bus had huge signs all over it saying about the driver being under instruction. Don't bus driving instructors cover traffic lights?

I headed west as I do when heading for Pembury. Yesterday and a couple of days ago some new geocaches went live on my way to work. I took a mile's diversion to see if I could find them. I did.
I then went to Tesco where I got some money so I could pay for for dinner, then went into work where the canteen let me down. Usually the food is rather good. Today they were having a "burger day". I could have whatever I wanted for dinner provided it was burger and chips. I got a sandwich and sulked until it was time for work.
The rest of the day passed in something of a blur…

Over brekkie I watched the third episode of “Bonding”. It was rather good.
I then sparked up my lap-top for a quick look to see what I’d missed on the Internet overnight. Last Friday I’d rated a bottle of wine on Vivino as being “better than a kick up the arse”. Overnight someone had posted that they liked my review. I see that as something of a result. Mind you, other than that, pretty much nothing else had happened on-line overnight. So I got dressed and set off for work a little earlier than usual.

I got to the petrol station to find that power had been restored (after yesterday's debacle). I got myself sixty quid's worth of the stuff and went to pay... What is it with the people behind the counters in petrol stations? This one was so busy giving the "get *it* here" at the workmen loitering round the coffee machine that she didn't actually bother speaking to me *at all* as I paid for my petrol.
You'd think that with so many petrol stations round Ashford she could at least have managed to grunt at me before I start taking my money elsewhere?

I then set off to Pembury listening to the news as I drove. The pundits on the radio were talking about the aftermath of last week's European elections. It would seem that the election has resulted in quite a serious shake-up to the European political position. France and Germany are squabbling over who will get the number one job, and what with the entire European political structure up in the air it would seem that no one has any time for the British in-fighting. Apparently European leaders are now just rolling their eyes when questioned by British journalists. Generations yet unborn will look back on these days as some of the most momentous in British and European history, but certainly for me it is all getting a tad tedious.

I got to work, I did my thing. I came home through rather heavy rain. "er indoors TM" boiled up a rather good dinner which we scoffed whilst watching the last every episode of “Big Bang Theory”. We’d recorded it some time ago but only just got round to watching it. It was… OK. It was a good end to the show, but I wonder if the program didn’t run for several years longer than it might have done?

Today was rather dull…

Posted by Manky Badger at 9:47 pm No comments: