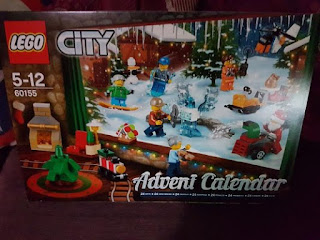 I slept reasonably well; I was woken shortly before 7am by the puppy dabbing at my arm; she was awake and wanted to play. Over brekkie I had a look at the Internet. It was pretty much as I’d left it last night, but Amazon had emailed me suggesting I might like to buy stuff that I had already bought from them.
As I scoffed my toast the puppy was dragging the old ironing board cover about. I couldn’t help but wonder where she’d got that from; didn’t I throw it away a couple of days ago? But the puppy looked very pleased with herself for having found it.

The plan for today had been to drive down to the beach at Winchelsea to go look for seals (my cousin had spotted one there last week) but "Daddy’s Little Angel TM" was poorly. With "er indoors TM" at work and "My Boy TM" at a funeral I found myself at something of a loose end. So me and the dogs scrounged a lift with "er indoors TM" half way to her work, and we walked home (via two geocaches). We came home through the park where the dogs wanted to play in the river. I persuaded them not to.
As we came through the Chinese garden there was some musclebound thug shouting the f-word into his mobile phone whilst waiting for his Rottweiler to finish crapping by the children’s play area. I thought about offering him one of the many poo bags that I carry round with me, but decided that he might not accept the offer with good grace.

With the walk done I settled the dogs then went on a little shopping trip. Realising that tonight was Halloween and that the etiquette is kiddies don’t come trick-or-treating unless you have a pumpkin outside the house, I thought I’d better get a pumpkin. None of the local shops had one, nor did Asda, Tesco, or the co-op. Perhaps I’d left it too late?
Still, to console myself I bought some new pants in Tesco. I hope they will fit; I didn’t like to ask to try them on.

I came home and ran around with the Hoover (not blocking it this time), then spent the afternoon ironing. As I ironed I watched a fil on Netflix. “Jupiter Ascending” was a film I’d been looking forward to for some time; it was utter rubbish. The secret of half-way decent sci-fi is to base it on something which is plausible, if not actually scientifically correct. “Jupiter Ascending” was just nonsensical.

I then spent a little while looking at the Internet. Just out of interest I Googled the chap who stuffed up our loft conversion all those years ago. He’s still in business. I then messed about struggling with geo-puzzles until "er indoors TM" came home and boiled up some dinner.

We then went round to Matt’s for the Tuesday gathering. Matt had excelled himself and had put on a rather good spread. We scoffed ourselves silly whilst watching the latest episode of “Star Trek: Discovery”. I quite like the show… because it is Star Trek. But (with two exceptions) I’m not really warming to any of the characters in it yet…

And Matt handed over my advent calendar…

Posted by Manky Badger at 10:42 pm No comments: 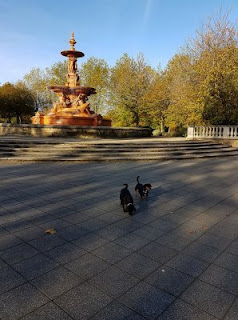 I found myself pinned in place for much of the night, with a dog fast asleep on either side. But not wanting to disturb them I let them lie.
Over brekkie (we have bread to toast now) I saw a new geocache had gone live. There was a puzzle to solve in order to find out where the thing was. I soon solved the puzzle… I did smile about the puzzle – it was a direct copy of an idea that "er indoors TM" had used on another local puzzle cache. I thought about chasing the First to Find, but instead walked the dogs round the park.

It was *cold* this morning; we did our usual circuit of the park, and as always, Fudge straggled a hundred yards behind us. But he wasn’t the problem. Every time I called him he would run toward us, and the puppy would run head-on at him. He would then change direction by ninety degrees to avoid collision and then keep going the wrong way.
And we were also seriously slowed down by people who refuse to let their dogs off of the lead. If they want their dogs to play with other dogs, then they need to trust the dog off of the lead. I get so cross when people keep calling my dogs so they can have every dog in the park within ten yards of them. This morning I had one silly old woman complaining at me when I called my dogs. “They are playing!” she announced angrily when I rounded up my dogs. I suggested that dogs play better when allowed to run free, to which she told me that her dog wasn’t the sort of dog that runs off of the lead.
The implication was that only dogs from the scummier end of the council estate do that. Odd how those dogs are allowed to play with her mutt…

We came home, and the dogs ran riot for a bit. Despite having ran riot on the walk, they did much the same at home. I had a quick look at my accounts, then ran round with the hoover and blocked it up.
Having unbunged the hoover (Dyson) I emptied the dishwasher. I’d washed up the dog food tin from the dogs’ supper last night. There was rust inside the tin. Perhaps that’s why Fudge was ill?

I took a rather circuitous route to work. A geo-friend had received a report that one of his caches needed a new log. Being laid up in hospital he was unable to sort it out, so since it wasn't *that* far out of my way I thought I'd be helpful.  I soon found the cache; there was nothing wrong with the log. Far from being full (as had been reported) it was only full on one side, and there were just two signatures on the other.  To the layman this state of affairs could be best described as "perfectly fine with f... all wrong".
Why do people log "Needs sorting out" on geocaches when there is absolutely nothing wrong with the things. I was going to put photos of the perfectly fine log all over the Internet, but in the walk from the cache to my car (five yards) I managed to lose it.
Mind you it was probably for the best; it would only have caused squabbles.

Finding myself in the back of beyond I thought this might be the perfect opportunity to try out my new "Find a McDonalds" app. The app soon located the McDonalds at Bobbing, and within twenty minutes I was shovelling McChicken Selects down my neck. And (as luck would have it) there was another piece of Tupperware hidden on a hundred yards from the McDonalds so that kept me out of mischief for a further two minutes.

I got to work with fifteen minutes to spare, and had a rather busy time. What with the clocks having gone back yesterday the nine o'clock finish seemed *really* late…

Just as well I have a rostered day off tomorrow.

Posted by Manky Badger at 10:38 pm No comments: 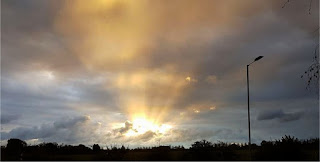 The clocks went back an hour last night. But rather than having an hour's more shut-eye, I just had an extra hour listening to nice-next-door's baby crying. I don't mind babies crying in the night; I find it rather sweet really. But after a while I found myself wondering where the baby came from... they didn't have a baby last time I looked, and she never looked pregnant when I saw her the other day. I gave the matter some thought, and I have formed a theory that (just maybe) gestational duration is shortened by the amount of noise you make when creating the baby.  Loads of screaming and "oh yes - oh yes... uh uh uh oh big boy!!!" followed by a few over-dramatic grunts and groans whilst doing "it", and the baby arrives in less than a week rather than in nine months?
If so that might explain a lot.
Perhaps it is a sign of the times that for the last twenty years I've heard many people "doing the dirty deed" in the bedroom next to mine, and over the years the volume has definitely increased.

I got up at 5.15 am (what my body felt was 6.15am) and over a bit of toast I watched an episode of Dad's Army. Mind you it wasn't any old toast; it was the last toast as there was no more bread in the house. I wondered about not scoffing it, but then I thought that​ I would be safely at work by the time "er indoors TM" emerged from her pit and found out, and she would have calmed down by the time I came home. So I scoffed it.

I set off to work in the rain. The drizzle persisted for much of the day; as I've said before I don't mind working at the weekends when it is wet outside.
As I drove to work there was some utter drivel on the radio about the general public's fascination with cars. I must admit it is a fascination I don't share. I quite like my car for the simple reason that it is *my* car, but I have no interest in other cars.
The drivel about cars finished, and the farmer's news came on. I turned the radio off and squalled along to my choice of music on the MP3 player instead until I got to Aylesford.

Aylesford McDonalds (like all McDonalds) does a good McBreakfast, so I had a sausage and egg McMuffin, McHash McBrown and McCoffee whilst I watched the sunrise. It was a rather spectacular sunrise this morning. As I watched the sunrise, friends were commenting (somewhat unfavourably) on McDonalds.
People do that a lot; generally, the less experience anyone has of the franchise, the more vocal they are against it. I like McDonalds as they do larger portions of food than most other places, served far faster and far cheaper.  A poncey posh restaurant is fine if you have ages to sit around waiting and putting on airs and graces. Personally my few remaining years are too precious to waste on watching the pretentious pretending to be something they are not.

I got to work and leapt into action. The only problem with working on Sunday morning is that being on my own I have to actually do work. I can't hide behind everyone else's efforts. But having to work makes the time pass.

I came home, and "er indoors TM" boiled up a rather good bit of dinner then went off bowling. I ironed shirts; using the new cover on the ironing board. Having a new cover for my ironing board was something of a highlight of the day.

And then Fudge was sick. Twice…


Posted by Manky Badger at 8:18 pm No comments: