For some odd reason I didn't sleep well last night. The dogs were settled, but I wasn't.
Over a brekkie of toast and home-made blackcurrant jam (very tasty!) I watched half of an episode of "Orange is the New Black" in which our heroes all got their kits off for a gratuitous shower scene.
I then had a look-see at the internet. Not much had happened on Facebook, but eBay had sent me an email suggesting I bought my bogroll from them. They were offering it considerably cheaper than Aldi. I wonder if Amazon are as competitively priced? I could have my bogroll delivered to the Amazon locker at work. I shall have a look-see.

As I drove to work the pundits on the radio were talking about global warming. According to recently released figures the ten warmest years on record have all been since 2002, and the half of the ten coldest years on record were in the century before last.
It amazes me that this is presented as news. There used to be ice fairs on the frozen river Thames in years gone by. When I was a lad the snow would fall and would hang around for weeks. Has our old friend Science only just figured this out?
I must admit that my piss boiled at the next bit on the radio. There was an interview with some car manufacturer who was talking about the factory he owned in South Wales. He's going to close the factory if it is unprofitable after Brexit. Surely he's going to close it if it is unprofitable either way? Or would he continue running the factory at a loss if the United Kingdom remains in the European Union?

With a few minutes to spare I drove up to Sainsburys to get petrol. There was quite the queue; I stood in line, and realised that the people behind the till were asking the female customers if they had a nectar card, but not the male ones. And they seemed rather surprised when I brandished mine.
Don't men have nectar cards? Do all the other blokes point and laugh when I brandish my card?

I got to work and had a rather bad day. I don’t dislike my job, but there is a lot of pressure. If I get it wrong, people’s treatments are affected; people really may even die. Perhaps I should jack it all in and do something marginally less stressful?
Does anyone have any suggestions?

I came home and took the dogs to the co-op field. We hadn’t even got there when Treacle tried to pick a fight with a passing dog. And because she’d started, Pogo started too. I turned round and marched them straight home.

"er indoors TM" came home and boiled up dinner. She had some prawn thing; I had steak and chips. I liked that…
And my second consignment of Lego has arrived. Three time as much as arrived yesterday for the same price…

Posted by Manky Badger at 9:58 pm No comments: 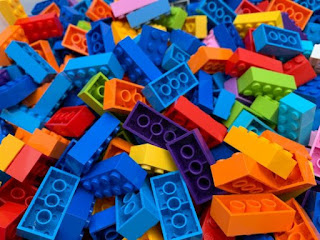 Posted by Manky Badger at 7:49 pm No comments: 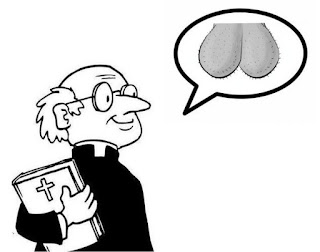 I rather ached when I got up this morning. Perhaps I’m getting too old to be scrabbling about in tunnels?
Over brekkie I started watching the first episode of the new season of “Orange is the New Black”. I watched for about half an hour; an hour is rather long for an episode. I’m hoping the Netflix app remembers where I got to.
I had a quick look at the Internet – having been invited to join the astro club’s new Facebook page I had a look-see at it. There wasn’t much on it. Apparently following yet another behind-the-scenes squabble someone with admin rights deleted the club’s old Facebook page, so they have set up a new one.
One post caught my eye. I particularly liked the bit about “We pride ourselves on running an open and friendly group, and we would like to keep it that way”.
At every club meeting for the last two years of my involvement, the person who wrote that line would turn up, see who I was talking to, walk over and stand between me and them with her back to me. She would loudly then start her own conversation with whoever I’d been talking to whilst deliberately blanking me.
I can’t help but wonder if this sort of rudeness still goes on, or was it just purely directed at me?
I shall watch what happens on the Facebook group for a while, but I don’t really want to get involved with the club again. It just became one big argument. Rather like the new secret geocaching Facebook group I joined and left yesterday. I posted one comment to the group and was told to stop whinging and whining, and to shut up. I’ve since been asked to re-join that group. I must admit I’m not keen.
The trick to disagreeing is not to be disagreeable as you do it.
Social media could be *such* a good thing…

I set off for work. As I drove the pundits on the radio were interviewing some fifteen -year old child who had just won a million quid in the world championships for some X-Box game or other. And he didn’t even come out on top. Others won even more. Doesn’t this speak volumes about our society in that prowess in a child’s game is valued more highly than being a surgeon or a judge.
There was also an interview with a pair of parents who are trying to have school assemblies banned. Their child hasn’t gone to the school assemblies for years. Being excused from assemblies isn’t a new thing; there were children who didn’t go to assembly when I was at school fifty years ago. But the parents were quite rightly saying that assemblies are predominantly a religious thing. The same teachers who are teaching maths and science and literature are spouting pure fairy-tale gibberish in these assemblies. The parents are taking the line that by pointing out the patent nonsense of the religious claptrap undermines the teachers. If the religion is nonsense, will the children trust the teachers when they deliver proper subjects?

I got to work; there was cake. Today wasn’t a busy day, and I spent much of the day peering out the window. There is a grassy area outside where I work. A lot of people picnic there and sit about. One young lady was there today. With legs that went all the way up to her bum, her skirt was about eighteen inches too short, and it was no secret to anyone that she wasn’t wearing any undercrackers.
It made for entertaining viewing.

With work done I came home. "er indoors TM" and I walked the hounds, then as she sorted diner I unblocked the dishwasher. A tedious job, but one which didn’t involve any arguments. Quite frankly I’m fed up with life’s squabbles. I’d rather unbung the dishwasher than make any more futile attempts to be sociable.

Today was all rather negative, wasn’t it? (Apart from the cake and no knickers bit…)