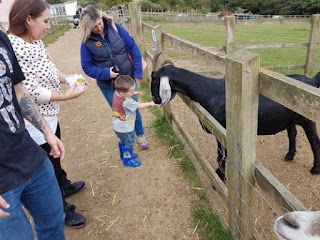 I woke feeling like death warmed up; I think I’ve got a cold coming on. I hate having a cold. Not so much the physical grottiness of having one, but how so many people feel that having a cold is some sort of macho endurance test, and how no matter how ill you feel you are, you are actually nowhere near as ill as everyone else claims to have been.

Over brekkie I watched the second episode of the third season of “Gotham”. Much as I like the show it has one glaring plot hole; namely the windows at Wayne manor. Bearing in mind how many times various intruders have walked through them, don’t you think that Bruce and Alfred would have closed them?
I then had a quick look at the Internet. Little had happened overnight. Mind you I had an email about a supervisory job I might apply for. I say “might”; perhaps “could” might be a better word. I’ve done supervisory and management jobs before. Can’t say I liked them much.

I set off to work. As I drove the pundits on the radio were interviewing the new leader of UKIP. I was going to say that they were interviewing the country’s new chief racist, but this chap seems to have realised that you can be proud of your country (which is a good thing) without having to hate the rest of the world.
I got to work; I didn’t really do that much, and then I drove four miles to the Kent Life Heritage Farm Park. What with smallest grandson having a birthday we thought we’d have a birthday treat for him, and "Daddy’s Little Angel TM" said that "Stormageddon - Bringer of Destruction TM" liked the place.

Everyone else went for McLunch whilst I was at work, and we all arrived at the same time. We made our way in, and I spent much of the time winding up oldest grandson. Poor grandad supposedly couldn’t tell one animal from another, to Charlie’s amusement. However I confused him somewhat. Having been told that the difference between rabbits and chickens is that rabbits have four legs where chickens only have two, I announced that one rabbit was therefore the same as two chickens. Apparently I was wrong because two chickens is plural.
We saw (and muddled up) goats, horses, alpacas, sheep, pigs, owls, horses and donkeys. We had a mooch round several old houses and shops. And we even had a ride on a tractor.
I took several photos whilst we were there. It was a rather good afternoon.

There’s always a “but”, isn’t there? The place wasn’t cheap. In fact it was what I can only describe as “ridiculously expensive”. Our party was a family of four (one under three years old) with Nanny and Grandad too. I would have thought twenty quid would have been a fair price; perhaps a bit too much. But we paid nearly fifty quid to get in. Bearing in mind we saw the lot in an hour whereas at Wingham Wildlife Park last year seventy quid did us for the day.
And their café… I’ve never seen such a disorganised operation.
Mind you the car park was full and the place was heaving. They clearly have no need to lower their prices.

Once home we walked the dogs round the park. With "er indoors TM" along, Fudge didn’t dawdle anywhere near as much as he usually does.
After a rather good bit of dinner "er indoors TM" went off to the Saturday film night. I sat myself down in front of the telly and watched more “Gotham” and all sorts of other nonsense; all the time feeling sorry for myself.
I *hate* having a cold…

Posted by Manky Badger at 9:37 pm No comments:

Another good night. I wonder what it is that allows the puppy to sleep some nights but not others? Over brekkie I had a look at the Internet. I had a friend request from some schoolchild who seemed to be wearing very little than a smile. I would have reported this to the authorities at Facebook but it seems that for all that they make a fuss about having “community standards”; very little seems to violate those standards.
Mind you I had received a good response to something I posted on one of the work-related Facebook pages last night. Recently people have taken to posting photos of work-related thingies on that page with no descriptions whatsoever, and the comments that follow are little more than guesses designed to show that no one has a clue what is going on. I suggested that as well as a photo, people describe what they are posting. Quite a few other people agreed with me.

I took the dogs for a quick walk round the park. As we went I met an old work colleague, and then Fudge tried to fight a dustbin lorry. I wish he wouldn’t do that sort of thing.
As we walked round the park we met several other dogs; the puppy is slowly getting better with other dogs but "Furry Face Senior TM" usually just makes a nuisance of himself.

Once home I settled the dogs, and went to meet Gordon. We drove out to Chartham where Kim was waiting for us, and we went on a five-mile geo-wander. Usually I would take my dogs on a walk, but I’d been advised not to take them on this series (independently by several friends). I think I was right not to have taken them. Norton went, but he is a bigger dog and more well-behaved.
The walk was… What can I say? It could have started off along a rather pretty river but instead it went off across an open field. It went past a church which was crying out for a church micro (it’s a geo-thing), it then came past one of the busiest stretches of the A28, and (ignoring several footpaths) took us along narrow lanes where we diced with death as cars hurtled past.

Judicious use of footpaths could have given us a really good stroll. For me geocaching is a good walk, with the caches marking out the way. I’m sorry but for all that I liked the time with my friends, this wasn’t a good walk.
Cache-wise they were mostly straightforward finds; the given co ordinates were good and the hints were more helpful than some have been in the past. But one cache was definitely on railway land. And I must wonder why they were so far apart. There were nineteen caches on this walk; there could have been forty.
I took a few photos as we walked; they don’t really show just how wet it was. Perhaps the rain coloured my view of the walk; we did get very wet. It started drizzling within minutes of the start, and by the half-way point we were soaked.

Once home I watched an episode of “Red Dwarf” over lunch (thanks to my Netflix account), then had a look at the monthly accounts. They could be a lot worse; I just wish they were a lot better.
I then Netflixed the first episode of the third season of “Gotham”, and dozed until "er indoors TM" came home. Over dinner we then watched “Avatar”, then on realising the puppy was watching it our attention was split between the film and the puppy.
I quite liked the film even if it was about an hour too long… 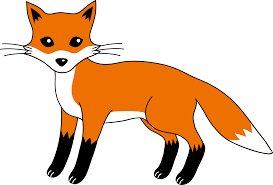 The puppy slept well last night, and so did I. Even if I did have to hunt out my slipper this morning. Mind you I felt really rough when I woke; two pints of ale yesterday evening seemed to have done for me.

Over brekkie I had a little look at the Internet. My piss boiled a little when I saw that some people were trying to use geocaching as an educational tool for home-schooling children. Admittedly the activity might have some educational points, but how can you honestly justify a day’s caching as being part of a curriculum? Far better that the children learn maths and science and geography and do caching at the weekends and evenings as a hobby.
I get cross with the entire concept of home-schooling. I’m sure there are those who do manage to home-school their children well, and I’m the first to find fault with established schools. But I’ve never personally seen anyone doing home-school well. I’ve seen people trying to justify spending all day watching the Disney channel as being “schoolwork”. I’ve seen home-schooled children whose only topic of study is playing tennis constantly.
I’m intending to spend some time caching tomorrow. On a day off. As a hobby.

With my piss already boiling, as I drove to work there was something on the radio which wound me up. Some loonie-leftie from one of the London boroughs was whinging about a loophole in the law which allows builders to get lucrative contracts to build massive housing estates on the understanding that they will also build "affordable housing", but having got the contract they then don't have to build the "affordable housing" as there is no profit in doing so.
Whilst I agree that these builders shouldn't have carte blanche to print money, don't these loonie-lefties realise that housing isn't a social necessity any more? It is just another commodity to be bought and sold at the highest possible price? This was well established thirty years ago, to the nation's shame.
Surely the key phrase here is "affordable housing"; shouldn't all housing be affordable? Or and I just being hopelessly idealistic again?

I'd left for work early as I was on the early shift today. Heavy traffic on the motorway meant I got to work with only seconds to spare. I did my bit on a rather busy day and came home. An early start made for an early finish.
I took the dogs round the park and home through the co-op field. As we passed the allotments I had the dogs on the leads. When "er indoors TM" had taken them for their lunchtime walk they had seen a fox and had both shot off through the allotments in pursuit. Being less than a foot tall means they can both get under gates which "er indoors TM" could not. I’m told that they’d taken quite a while to be retrieved.

Once home I had another look at that Netflix account which the bank had so comprehensively stuffed up for me earlier in the week. I got the thing set up with no trouble at all today. It has several series on it that I’m after, so here’s hoping.


Posted by Manky Badger at 7:19 pm No comments: