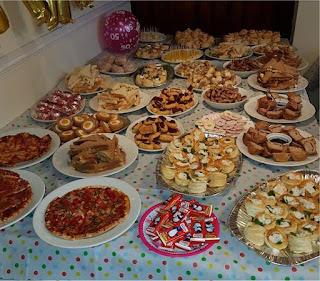 I started the day with an argument. Yesterday I went looking for a geocache in Ditton. In this case the location was in a seriously stupid place – you have to go up a drive marked “Private” then walk along a strip of land six feet wide between the scout hut and the fence marking off the scout hut. It is not possible to avoid looking suspicious. The hide is clearly described (albeit 17 metres awry), and the cache isn’t there. The GPS takes you to a mess of stinging nettles and brambles.
I had a whinge about it on the “Geocaching in Kent” Facebook page last night and some bloke from Suffolk had a pop at me this morning saying how I should offer the scouts who hid it help rather than criticism. He might have had a point when the thing went live eighteen months ago, but I did thirteen years as a scout leader. Time for someone else to give up their life. Perhaps this bloke in Suffolk might get off his arse and help the Ditton Scouts (I typed sarcastically).
But isn’t this entirely the problem with social media. From one or two throwaway comments we all make major judgements about each other. For all I know this chap might be really involved in local scouting where he lives. He might be a pillar of his local community. He might even be the leader of the Ditton scouts and hasn’t updated his social media profile. I just see some new name appearing on the Internet and after a few key strokes make all sorts of assumptions about him.

The phone rang; someone with an incredibly thick Indian accent claiming to be “Brian” gibbered on at me whilst conducting a survey about my new Hotpoint washing machine. I agreed to everything he asked about my new Hotpoint washing machine, all the time being fully aware that I had a rather old Hoover one. Bearing in mind I always talk rubbish to these surveys, you have to wonder just what value any of them have,

I then scrubbed out the food waste bin. Whilst recycling is a good idea in theory, in practice keeping food waste about for a week over the summer is a daft idea. If anyone can come up with a way of doing it that *doesn’t* need a bin full of maggots needing bleaching out every week, I’m all ears.

Knowing full well that the park run people would be monopolising the park this morning we walked the dogs round the co-op field instead. The walk passed off without incident; for which we were both grateful.
I then drove us out to Linton for the monthly geo-meet. It was good to meet up with friends and talk Tupperware. The dogs behaved themselves too (well, Fudge did). We came home, settled the dogs and went to Tesco for cupcakes, and having dropped them off at the Windmill for later we came home. I ran round with the Hoover; Treacle pissed on my bed in protest. Nice one (!)

Eventually we were ready; I drove us round to collect "Daddy’s Little Angel TM", "Stormageddon - Bringer of Destruction TM" and Sam, and soon we were at the Windmill. For some years I’ve been wondering about what we should do for "er indoors TM" big birthday. Anne and Chip had suggested a party at the Windmill, and it was an idea which worked beyond my wildest hopes. In retrospect we probably invited three quarters of the people we should have done. And there’s no denying that I was getting disheartened by the amount of people sending apologies. But we had a whale of a time. There was well over fifty family and friends along; we couldn’t have fitted more people in. "Daddy’s Little Angel TM" and Cheryl had made a really good job of preparing the room and Anne and Chip had done a wonderful spread for us. And the ale selection was not too shabby at all.
It all got rather vague towards the end… did we really do the “Baby Shark” dance?