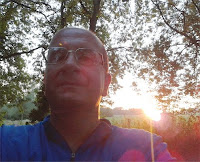 Up with the lark, breakfasted, and on to eBay. They were selling job lots of undercrackers at bargain basement prices. What with one thing and another I was still in my jim-jams went Hosey arrived. I got dressed and we set off for a quick morning’s geocaching. No surprises there (!) Lisa had put some caches out, and was saying that they were intentionally rather tricky.
The first one was near Singleton Lake. I think. I’m pretty sure I was within spitting distance of the thing, but no joy. The trees overhead did upset the GPS signal, but after twenty minutes we had to give up. But we did two other caches in the vicinity just because we could.
The next one was up near where my beloved works. The clue had us foxed and we drew a blank on that one as well. But whilst in the area we had a go for Lisa’s puzzle cache. It’s on the geocaching site as “Hooked on Caching”, and we found it. But with a puzzle cache, finding it is easy. Solving the puzzle is the tricky bit. And, without giving the game away, we solved the puzzle. We felt very pleased with ourselves as we walked back to the Hosey-mobile.
We popped into town to have a look in the 99p store, and then came home. Via two more geocaches.

Hosey had to go home, so I had a spot of lunch and took the furry one for a walk. Out through Newtown, through some new footpaths, down Hythe Road and home past the railway. An hour and a half’s walk. Fudge seemed to like it. I quite liked it; even though it was a hot day. On the way I planted two more geocaches. And now that these two have been accepted my “Badger’s Cache” series is complete.

When we went out I had good intentions to mow the lawn and iron shirts on our return. When we came home I had a cuppa and mucked about on silly games for far too long until "er indoors TM" came home. We drove down the road to collect Lisa and Earle and spent a pleasant evening wandering here, there and thither. Guess what we were doing. Mind you, the sunset was spectacular....