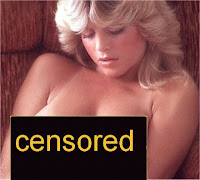 I woke far too early as usual, and lay tossing and turning for a couple of hours. I wasn't feeling in top form as I got up; I had a sore throat and a nagging headache which dragged on through the day. Over a spot of brekkie I imparted my sage wisdom to an on-line survey and then set off to work; taking a half-mile detour on the way to do a crafty geocache.
If ever any of my loyal readers find themselves in Chartham and fancy a quick cache, there's one near the pub. You can't miss it; it was rather obvious when you know what to look for. In fact it was staringly obvious and I can't see how the normal people haven't long since interfered with it.
And that's now pretty much all the caches on my route to work found. There are one or two more which are a mile or two into the surrounding woodlands, but they aren't really ones to do on the way to work. Which is a shame. Mind you if I take a detour or two then there are more to be found. If only petrol was cheaper...
Regular readers of this drivel might notice the occasional advertisement appearing between blog entries from time to time. In this new world order of austerity I've advertised my services as a freelance writer and every so often I get asked to plug a business.. I write a hundred words about the client, include a few links, and I get a modest bung for my efforts. If nothing else it pays for the new pants.
This morning I turned down once such commission. Call me puritanical if you will, but I'm not going to advertise www.nudeyladiesdoingrudethings.com I might be skint, but I can still (just about) afford something of a moral stance.
And our old friend science is also taking a moral stance. It would seem that the animal kingdom is seeing a rise in the amount of facultative parthenogenesis that is going on. For the less biological amongst my loyal readers, facultative parthenogenesis is having babies without the pre-requisite nudey prod sauce romp games.
However so-called expert opinion is undecided as to whether facultative parthenogenesis is a good thing or not. Time will tell; it usually does.