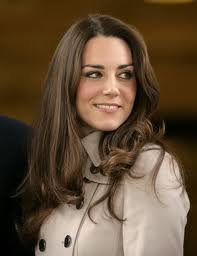 I woke this morning and I wasn't feeling much like getting up. Having had an excellent day yesterday, and with plans for the weekend, today looked like being rather dull in comparison. And I was rather sulking about what might have been. There had been talk of driving down to Sussex today; mucking about in Brighton and then taking a late ferry to spend time at Dieppe kite festival. What with one thing and another this never happened. Which was a shame.

I also sulked about a possible (probable) waste of my money. Regular readers of this drivel may recall that a couple of years ago a group of us formed a syndicate which had secured exclusive fishing rights to a small local pond. A couple of years ago I fished that pond very regularly. Last year I fished it half a dozen times. This fishing season I've been once in three months. And realistically I doubt if I'll go again this year.
That was twenty quid that I can ill afford straight down the toilet.

I left for work a few minutes earlier than I might have done this morning: my beloved had put out a geocache of her own yesterday and I wanted to find it. It was a nice little cache in a very pretty place. Between the willow tree and the bullrushes in fact. As I drove to work I nearly ran over countless children; all of which were oblivious to the world around them, with their i-players firmly wedged into their ears, and all of which were randomly bumbling about the roads with no care for oncoming traffic. And at a time when they should really have been at school.

My piss boiled as I heard the day's news. The Duke and Duchess of Cambridge have got the hump because a French newspaper has obtained topless photos of the Duchess of Cambridge. Surely they should have learned from the countless examples over the last twenty-odd years. Being the heirs to the throne they will have cameras on them constantly. And so was flopping out the royal jubblies a sensible thing to do? I can see that they might feel that being photographed whilst on holiday was an invasion of their privacy, and legally it might well have been. But practically they will live their lives in a goldfish bowl, and they really shouldn't do things like that which only encourage the gutter press.