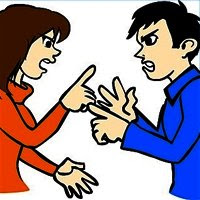 I was rather tired yesterday evening so had an early night. Fudge had been sleeping until I put him in his basket. He didn't think it was bed time. In the next half hour I came downstairs six times to tell him to stop shouting.

Despite being so tired last night I didn't sleep well, waking for the last time at 4.15am. I lay awake for an hour before going downstairs. Fudge woke as he heard me, and he sat with me as I brekkied. He's not a bad pup really, even if he won't go to bed when told. It was a shame I couldn't be home today as he had another trip to the vet's as a prelude to his forthcoming knackersectomy. Consequently I spent much of the day fretting about the pestilential pup. I'm reliably informed that he spent much of the day with his Auntie Kat and Sid. Hopefully some of Sid's training will have rubbed off onto Fudge. He's getting better with his training, but still has a little way to go.

The news of the day was somewhat trivial. I suppose that after finding out that a dead seal had been found only a mile from my house all else tends to pale into insignificance. Mind you our old friend science has been having a go. Science was predicting that life might be far more widespread across the universe than it once thought as liquid water might exist in far more places than previous theories had thought. But for all that this news is exciting, it's still all very theoretical.
Science also published a list of the one hundred most endangered species. As well as big beasts like sloths, birds and antelopes it would seem that certain plants and fungi are on the way out too. This bit of news was imparted as a matter of fact - there was no speculation as to whether this was an effect of human activity. It probably is; but species have died off in the past. And it's difficult to stir the same feelings one has about extinctions of tigers for the demise of a fungus.

And so home. Usually on a Tuesday I would gather with the clans. But tonight's gathering was in Folkestone and by the time I'd got there it would have made everyone else too late, so I came home, had a bit of tea and reminded myself why I don't do Internet forums any more. Last Thursday I ranted about a geocache moderator who turned down one of my caches because the description I'd written contained a link to my blog. He was worried that my blog might have links to websites which might contain advertising. So I removed that link to my blog, only to then find a myriad of other caches all of which were carrying blatant advertising. And then I put out a new geocache only to have it turned down in its entirety because it was too close to a nursery school. Despite there being a cache going live in the last month which is actually stuck to the railings of a (different) nursery school that this fellow had approved.
I've since heard of this same moderator turning down caches purely because they are in the Ashford Green Belt only to allow other caches placed in the same green belt. And he's turned down some caches because they bear the name of the business near which they are hidden, and allowed others which do the same. This chap is clearly inconsistent in applying the rules.
I whinged about this on one of the Internet geocaching boards. Some twit who clearly hadn't read what was written suggested that if I don't like the rules I shouldn't play the game.
I don't do Internet forums any more...