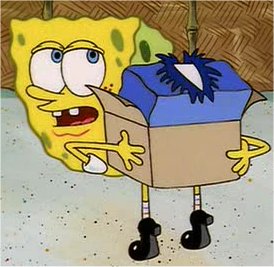 My legs were a bit sore this morning. I really must stop going for extended walks through brambles wearing flimsy plimsolls and shorts and then wondering why my legs get ripped to shreds and my feet are sore. There's no denying that since I got involved with this geocaching lark, hardly a day has gone by when I've not got jiggy with a stinging nettle.
Mind you I was pleased with yesterday's excursion; even if I did get somewhat injured. I was very happy to have found a path under the A2070, and mentally I've been thinking up all sorts of walks into Aldington, Mersham and Sevington. I called up the on-line ordnance survey maps this morning to plan some routes and was frankly amazed to find that this path I'd found yesterday wasn't marked on the map. The path I followed from Willesborough to yesterday's geocaching failure (through the brambles) was clearly marked on the map, but the three metre wide bridleway we then followed wasn't. Odd! I wonder how old the map is, or I wonder if what looks like a right of way isn't what it appears to be. Still, I can get across the dual carriageway safely and legally, which is the main thing.

And then my piss boiled. A couple of weeks ago I put out a geocache and had it turned down by a moderator because the description I'd written contained a link to my blog. He was worried that my blog might have links to websites which might contain advertising. So I removed the link to my blog, only to then find a myriad of other caches all of which were carrying blatant advertising.
Yesterday I put out a new geocache and spent quite a bit of time getting it all done. Today the thing was turned down in its entirety because it was too close to a nursery school. Despite there being a cache going live in the last month which is actually stuck to the railings of a (different) nursery school.
I don't mind being told that I've made a mistake in my placement. I do mind the fact that it's clearly one rule for some and a different rule for others.
My piss also boiled at the day's news. Not content with completely throwing away all their pre-election promises, the dribbling democraps are seemingly now in talks with the Labour party. Their plan - to desperately cling to power after the next general election by abandoning their con-servative partners and throwing their lot in with the Labour party in another coalition. What must the Prime Minister be thinking of his so-called allies?
Mind you, if the electorate takes the trouble to remember their conduct immediately after the last general election, the dribbling democraps share of the vote will be slightly less than that of the Monster Raving Looney party, and so these talks will prove to be ultimately futile.
And so home via the petrol station. That stuff isn't as cheap as once it was. And whllst all of this happened I had a rather uncomfortable time. The elastic in my undercrackers had given out rather early in the day, and I spent a large part of today hoiking the things up. I wonder if, in this new world order of austerity, my budget will stretch to some new pants...