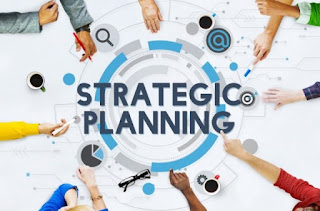 I could have done with a good night’s sleep last night. It was a shame that Sid woke me at three o’clock. I have no idea what he was barking about, but he was certainly making enough noise. And once I finally got him settled, so er indoors TM” set about snoring as though it was going out of fashion.

I gave up trying to sleep shortly after five o’clock and seeing the granola had run out I made some toast and scoffed it whilst watching an episode of “Superstore” with the volume turned up so I could hear it over the sound of Sid’s snoring.

I used my lap-top to send out birthday wishes. Four friends had birthdays today. All of them are far more sensible and mature than me; the oldest of them is seventeen years younger than me. How do they get to do that? And with little else of note on social media I got ready for work.

I eventually got my car out of the tiny space that the cars either side had left. I do wish the council would mark out parking bays as the locals seem utterly unable to park sensibly. As I drove to work the pundits on the radio were talking with the Shadow Minister for Health who was banging on about how unprepared the government had been for the pandemic and how (if elected) he would stage "war games" (like the army does) in order to prepare for future disaster. However the chap rather embarrassed himself when he was forced to admit that influenza, SARS viruses, zika virus and COVID-19 are sufficiently different that all would require very different handling. He seemed to miss the obvious point that the pandemic was totally unexpected, and you can't expect the unexpected.

I'm reminded of a chap I knew twenty years ago who was seconded from a hospital's IT department for a spell in "Strategic Planning". I can remember him telling me how the hospital had been criticised for  being utterly unprepared for something-or-other, and so a task force had been set up to make contingency plans for all sorts of utterly unlikely scenarios. He told me he worked in “a strange land of make-believe where the might have beens play with the ifs”.  I can remember "Russian Invasion" being mentioned, and the chap wouldn't deny that UFOs  hadn't been considered. Eventually the whole thing was abandoned as a waste of time and money because demonstrably (as I just said) you can't expect the unexpected.

I did my bit at work; there was cake. And with bit done and cake eaten I came home. With er indoors TM” taking Pogo to visit “Daddy’s Little Angel TM” and “Stormageddon – Bringer of Destruction TM”, I took Fudge and Treacle round the co-op field. Much as I like all the dogs, there’s no denying we’ve got too many. Walking two is so much easier than walking three. And with dogs walked I had a little look in the garden. But my plans had to be abandoned in favour of gathering turds. Having emptied the back garden of dog dung yesterday, the place was awash with the stuff today. How can four small dogs generate so much poop? Are all the local dogs dumping out there?