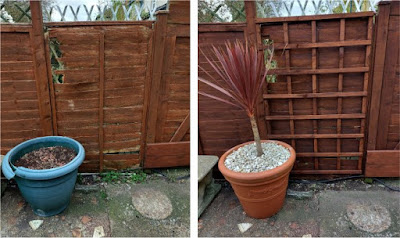 I was pleasantly surprised not to find a single turd when I came downstairs this morning, but what with daylight saving I was up an hour earlier than usual… or was I?.

As I scoffed brekkie Sid marched over, turned his back to me and sat down. That is his way of saying he wants to be picked up and plonked next to me on the sofa. So as I devoured toast, Sid sat next to me making odd guttural noises as he does.

As I perused Facebook I was (yet again) presented with posts about the latest antics of ex-James Bond actor George Lazenby. For years Facebook has bombarded me with the antics of incredibly unmoral nudey ladies without any clothes on, but just lately the Facebook advertising bots seem to think that my life won’t be complete without a daily fix of George Lazenby. I thought the chap died years ago.

I sent out birthday wishes to all three of my smallest nephew’s Facebook accounts. (Smallest, but not youngest). He is twenty-two today; where have the years gone?

With nothing much else happening on Facebook I checked emails. B&Q have started emailing me copies of receipts for stuff I’ve bought from them. What’s that all about?

I decided to get my arse in gear, and made a start in the garden. I sawed the trellis and battens (that I got from B&Q yesterday) to size, got a coat of paint (ronseal) on them then popped round to the garden of the first fruit of my loin. He had stuff he wanted out of his garden. He was getting rid of two sleepers (which will form the basis of the next phase of my garden renovation), a cordyline (which I needed for today’s work) and three buckets of shingle (always useful).

I brought them home and carried on. Today’s project was to sort out the poggered fence between our garden and not-so-nice-next-door. There is a broken fence post which flaps about dragging two fence panels with it. One of the panels is OK; the other has had it. For some reason the broken fence post only flops in our direction; there is something holding it up on the other side. My plan was to bodge the broken panel back together using the trellis as a truss, and to wedge the whole lot in place with a flipping great flower pot.

It was a good plan (I thought)

I’d got the battens attached to the fence panel and was about to attach the trellis when I heard the sound of not-so-nice-next-door unlocking the myriad locks she has on her back door. Bearing in mind the fence is hers I thought I’d better let her know what I was doing. She seemed a bit dubious at first, but when she realised I was doing her a favour by fixing her fence she was all smiles.

I got the trellis in place, and was just about to screw it down when I snapped the charging cable of the electric screwdriver I bought only the other day. Oh, how I laughed (!) but there was enough electricity in it for what I needed, and after a while I hit on the (frankly genius) idea of charging it with the USB charger that I use for my SmartWatch. That seemed to work.

With trellis in place I painted around the immediate area, then the hard work began. I moved the new humungous flower pot into place, half-filled it with some of the spare soil I have kicking around, hoiked in the cordyline, filled round with more soil, bunged in some plant food, popped in some weed control membrane and topped the thing off with some stones that I had left from last year’s new water feature.

I then rammed the filled pot up against the flapping  fence post. That ain’t going anywhere(!)

My nose twitched. There was a delicious smell coming from the kitchen. Cake? Bread? No. er indoors TM” was baking sweet potato and carrot dog biscuits. The dogs loved them. I had one – it wasn’t that bad.

er indoors TM” then took the dogs for a walk. I carried on painting fence panels before mowing the lawn and having a bit of a tidy-up.

After seven hours I stopped; mostly because I couldn’t move any more. I had a little rest sitting by the pond and watched the Koi. Two of them appear to be quite heavily pregnant.

Sid became rather agitated as the day went on. Small pugs don’t understand daylight saving; to him, dinner was an hour late. Once the dogs had been fed. er indoors TM” boiled up a very good bit of dinner. What with all the garden work I’d forgotten to eat anything since brekkie; the clocks going forward had rather confused my stomach.

As we scoffed we watched the  first episode of the new episode of “Taskmaster”; it was rather good.