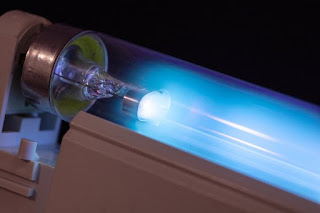 Sid was silent last night which was a result. It was a shame that I had to physically fight with Pogo to get any bed space though. After quite a tussle I picked him up (which takes some doing) and put him on the floor. He trotted round to er indoors TM” side of the bed where he jumped up and sat on her. Having got myself a space of my own on which to sleep, I let them fight it out.

Although Sid had been quiet overnight, he’d been productive. I gathered his turds, flushed them, and made myself some brekkie – once I’d cleaned out the kettle. The new kettle generates an impressive amount of limescale. And the toaster… it seems to have two settings: “gently warm the bread” and “incinerate”.

I sat down with a cup of hot limescale and a couple of slices of charcoal and peered into the Internet. Five Facebook friends were having birthdays today; I sent a birthday video to most of them. There wasn’t much else happening on the Internet this morning, so I took the dogs out.

We went up to the co-op field and back again. As we walked Pogo was an absolute nightmare, snarling and growling at every other dog we met. Eventually I thought I’d try something I’d read on-line. If you have a dog which is being overly aggressive you flip him on his back and hold him upside-down. This is a submissive position for a dog to be in and the idea is the dog becomes submissive rather than aggressive. It probably looked terrible to any passers-by, but it seemed to work.

We came home where I gathered another bumper crop of dog turds. Yesterday the gravel had got rather grubby as I’d moved it about, but the overnight rain had washed it clean(er). I got the ultra-violet bulb out of the pond filter, came in and made a cuppa.

I wrote up a little CPD, and just as the hailstorm outside reached its peak I suddenly remembered I’d left the shed door open. Woops.

With utter drivel playing on the radio I turned it off and listened to music instead as I drove up the motorway. I got to Aylesford Aquatic centre where the new woman behind the till boiled my piss. I needed a new ultra-violet light bulb for the pond's filter. As I've had problems getting the right bulb in the past I always take the old one in, hand it over and say "can I have a new one of this please". With a face like a slapped arse the woman asked if the bulb was fifteen or twenty-five. I had no idea what the numbers meant; I told her so. She loudly sighed, looked at the bulb, and announced to the world that she needed her glasses. I too need glasses, and because of that I wear them. I thought better about saying so, though. The woman found her glasses, grimaced through them at the bulb and put a new one on the counter. In the past the nice man in the shop has disposed of my old bulb; I thought better about asking her to do so.

I would go elsewhere in future, but there aren't many pond shops conveniently located.

I drove on to Sainsburys which was rather busy, but I got a sandwich from them with no problems at all.

I got to work. I'd parked the car twice this morning already without alarm issues. I parked in the car park, walked about fifty yards away from the car and waited for a while in case the alarm went off. After a minute or so I was accosted by the security people who wanted to know what I was doing. They'd received reports of a suspicious-looking bloke loitering in the car park. Proving my bona-fide took a while, but it gave me something to do whilst I established that the alarm wasn't going to go off. The security chap said he would give me a phone call if it went off during the afternoon. that was nice of him. Mind you (call me old -fashioned if you will) isn't it a sad indictment of our society that nowadays every hospital has a security team.

Work was work. On my last late shift I was plagued by antibodies of the Rh and Lewis blood group systems. This evening it was the turn of the Duffy blood group system ably assisted by the vagaries of the Cw antigen. Perhaps a tad esoteric, but if anyone ever tries to tell you that blood group O Neg is a universally compatible donor, don't believe a word of it.

My car is now parked outside Dan-Dan’s house. She says she’ll give me a ring if the alarm goes off. I hope it don’t.
Posted by Manky Badger at 10:48 pm