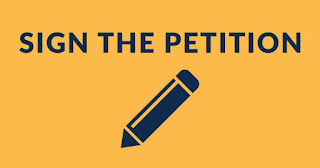 Sid held off barking until half past five this morning, for which I was grateful. I would have been more grateful had he held off longer.

Over toast I had a look at the Internet as I do most mornings. It was still there, and I had received an email through it. One of my loyal readers had asked me to sign a petition. A year ago it was all the rage to stand on the doorstep banging the saucepans together and clapping like things possessed supposedly in support of the NHS. It didn’t really achieve much. So now there is a petition to give all NHS workers a decent pay rise. You can sign it by clicking here.

If anyone is interested I wrote a little rant about the pay of NHS workers which you can read by clicking here.

I sent out some birthday wishes; with not much else going on on-line and rain forecast an hour later, I got dressed and took the dogs out.

We went up to the co-op field. As we walked we chatted with a young family the toddler of which was surprised that the dogs weren’t puppies but were fully grown. He was particularly amazed that the oldest dog (Fudge) was also the smallest. We did a circuit of the co-op field and as we walked out of the field we met OrangeHead on her way in. As we chatted the smell of cannabis was rather pungent. There are “dodgy cigarettes” being smoked in the nearby allotments pretty much every time I walk past. Do they grow the wacky-baccy in those allotments?

We came home. I cleared the garden of dog dung (again) and thought about making a start in the garden in readiness for tomorrow’s planned work, but the drizzle was getting a bit much. I had a little measure-up outside, then came in, made a cuppa, and wrote up a little CPD. As I wrote CPD so er indoors TM” scrubbed out the seals on my car's doors (whatever they are). She had a theory that dirt in there was causing the problem with my car's alarm.

And with seals scrubbed I drove round to B&M bargains. er indoors TM” had told me they had just the shingle stones I needed for tomorrow's planned garden work. I got there and realising that sixty kilograms of stones would pogger a standard trolley I asked the nice lady if they had any flat-bed trollies for customers to use (just like the empty one on which she was leaning). She answered "probably". She didn't actually say "f... off fatso" but she didn't actually need to do so; her tone conveyed the sentiment admirably. Just as I was about to tell her to get knotted she walked off leaving her trolley, so I grabbed it and made off with it. I got three bags of shingle - they were doing a bargain of three bags of any one type for twelve quid. Cheaper than B&Q but next time I shall pay the extra.

I popped back home to collect the sandwiches I'd forgotten, then set off up the motorway. As I drove there was a very entertaining play on the radio written by and starring Alexei Sayle. It was about a manager who would do anything at all but make a decision. I've met a few like that over the years...

I got to work, and as I walked away from my car so the alarm went off. It did that when I got home yesterday as well. The nice man at the new garage couldn't find anything wrong with it the other week. I've got an appointment with my usual garage for them to have a look at the thing... in three weeks' time.

I went in to work where I had a rather busy late shift which was complicated by antibodies from the Rh and Lewis blood group systems. Blood group antibodies are like buses - you wait for ages and a load come along at once.

Once I’d got back home and parked the car so the alarm went off again…
Posted by Manky Badger at 11:00 pm