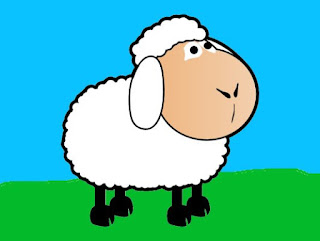 I was woken by the crash of Pogo falling off of the bed at three o’clock. That silly dog sleeps in the most precarious of places. I didn’t get back to sleep after that.

Over brekkie I watched another episode of “Superstore” and then had a little look-see on-line. Sky had replied to the email I’d sent them about their prices. A few months ago I moved my mobile and broadband to them as it looked like I was getting a bargain. I won’t say they lied to me, but I think I was misled, and their policy of not having telephone helplines doesn’t help anyone.

I set off to work through a very foggy morning. My phone had told me of fog warnings from the Met Office, and my weather forecasting app thought there might be thunderstorms in Maidstone. A thunderstorm in fog? That would have been exciting!

As I drove the pundits on the radio were interviewing some woman or other who had bought a dog in lockdown. I have no idea who this woman was, but the implication was that having recently acquired a dog gave her the right to have a go at all other dog owners. This woman banged on about the importance of not letting your dog chase sheep. I would have thought that was patently obvious, but it would seem that dogs worrying sheep is an issue in the Peak District where sheep roam wild. I didn't know that happened up north. Mind you when on holiday in the New Forest (twice over the last few years) we met “Psycho Dobbin” and many of his equine associates roaming at will. And cows were loose on the streets too.

Where I live we have these things called "fields". "Fields" are areas enclosed by fences in which farmer-types put their animals. That way everyone can see at a glance where it is safe for a dog to be off the lead. Perhaps this is an innovation that might catch on in other parts of the country?

I got to work where a colleague was talking about her plans for her garden. What she has in mind isn't entirely different to what “My Boy TM” is planning to do. But she is paying someone to do what the first fruit of my loin will do for himself. And my colleague has been quoted nearly four thousand pounds for a job which “My Boy TM” will get done for a couple of hundred quid.

As I worked so I got a text message from the vet. I was glad they texted me - I'd written down the wrong time for Fudge's appointment on Friday.

As it always does, an early start made for an early finish. I came home, and once the car’s alarm finally stopped going off for absolutely no reason I walked the dogs round the block.

er indoors TM” boiled up a rather good bit of dinner (as she does), and with It scoffed I found myself dozing off in front of the telly. I wish I didn’t do that…