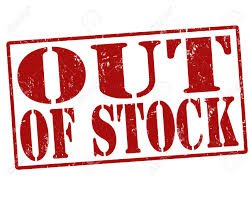 Yesterday I said I should have had an early night. I didn’t. Instead I fell asleep in front of the telly and woke with neck ache. I was sleeping well until "er indoors TM" started snoring. I say “snoring”… Pinching her nose stopped the snores but when I let go she started again. I was loathe to wake her in case she unleashed a can of whoop-ass on me for disturbing her, so I suffered in silence. Or not so much “silence” as “infernal racket”.
I got up to find my beer was fermenting nicely. I was pleased about that.

Over brekkie I had a look at Facebook. "er indoors TM" had been to an open-air concert at Canterbury cricket ground yesterday evening and judging by what I saw on Facebook this morning so had pretty much the rest of humanity. So many people went there last night.
And with no emails of note I got the dogs organised and we went for a little walk.

As we walked up the road we met an idiot child who, on seeing the dogs, had what I can only describe as a fit. He started screaming and thrashing about. Needless to say the dogs were unsettled by this. We stood back whilst he finished his show. Having worn himself out this idiot child told me that he was scared of dogs because they always bark at him. I told him that I wasn’t surprised and asked him if he acted out that fit thing every time he saw a dog. He said that he did. I suggested that if he tried not to be so bloody stupid and just walked normally then dogs would ignore him.
That was an approach which had simply never occurred to him before.

We carried on into the park where the rest of our walk passed off much more uneventfully. As we came past the allotments by the co-op field I got chatting with one of the allotmenters. Unlike most allotmenters by the co-op field this one wasn’t smoking cannabis (the place *stinks* of the stuff) but he had a strimmer with what looked like decently thick strimmer cable. I asked where he got it from. Not only did he tell me of a garden shop in Ashford of which I had never heard, he gave me a few yards of the stuff. I shall try that out over the weekend.

Bearing in mind I forgot to do my shopping before Monday's late shift I went on a little mission this morning. I needed electronic sonic rodent deterrents (don't we all) and net curtains (like what my gran used to have) for the shed.
I originally got my old electronic sonic rodent deterrents from Kent Wool Growers, but they closed down ages ago and relocated to Deal. That was no good for me, but I'd heard there was a similar shop on the Ellingham industrial estate. I went down the road to Ellingham and found that there wasn't. Mind you there was a curtain shop on that estate. I went in there...
Oh dear...
They had about a dozen old dears sitting around the place having some sort of needlework master-class. When I asked about net curtains the old dears went into raptures about the things. They all remembered net curtains. Those were the days - when we all had our nets...  They all missed their nets and wished they still had them.
The general consensus of the shop keeper and the old grannies were that the last net curtains on the planet died round about the turn of the millennium. One old grannie thought that there might be a shop in Faversham that sold them, but I shouldn't hold my breath.

I eventually escaped from the grannies and set off in the general direction of work. I stopped off at the garden centre at Bethersden hoping for better results with electronic sonic rodent deterrents.
I was disappointed. They didn't have any.
The woman on the till was adamant that the things aren't made any more because they don't work. I told her that mine worked for years before giving up only a few months ago; she told me I was wrong.
The old woman queuing at the till behind me told me all about rat poison and how her husband swears by it, and it was such a shame (we never did find out *what* was a shame)... and she got all tearful before taking a deep breath and then telling me all about her other husband (who had died).

The curtain shop at Goudhurst didn't have net curtains. They were of the opinion that the last net curtain on the planet drowned when it failed to secure passage on Noah's Ark. The  nice lady there wondered if I had considered muslin instead? I hadn't. She showed me some - it looked like the sort of stuff you'd make pants out of. I wasn't having hanging that in my shed! As I walked out, the nice lady suggested I tried a charity shop as those places have the kind of old rubbish you can't get any more.
It was at this point that I was struck by divine inspiration and I went to the branch of John Lewis near work. They had net curtains - loads of them. All sorts of shapes and patterns and designs. However they weren't impressed when I said I didn't want anything fancy as it was only for my shed.
They didn't have electronic sonic rodent deterrents​ though. I'm thinking eBay for those...

Needless to say I had a little geo-adventure on the way to work. On the morning of Monday 5 March I had a mooch round Horsmonden church. At the time I blogged: "I started my little adventure with a double failure at Horsmonden church. There were supposedly two caches in the vicinity. I solved the puzzle for one to find it was three hundred yards away across a quagmire, and the other looked to have gone with a landslide."
Today I had double success. The quagmire had dried out and I had a rather good stroll across the fields. And the one which I *thought* had gone with a landslide hadn't, it was actually rather obvious and I found it within ten seconds. How did I ever miss that two months ago?

Once at work I had a plate of fish and chips from the canteen (it *is* Friday) and got on with some work. Quite a lot of it today…