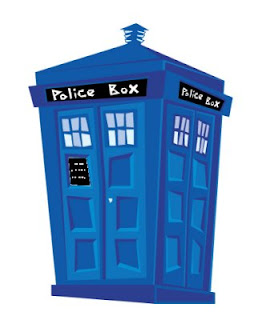 During yesterday’s mucking-out of the shed I discovered copious quantities of packing peanuts (the stuff that fills out the dead space inside parcels). "er indoors TM" offered them up for free on one of those “Get It Here” Facebook sites. Despite seemingly everyone being interested, no one actually turned up to collect them, and there is a *huge* bag of the things on the living room table. "er indoors TM" is going to offer them up again; I would take them to the tip.
Other than advertising our packing peanuts there wasn’t an amazing amount of news on Facebook this morning. A distant cousin was using social media to get in touch with her brother. I couldn’t help but wonder what she was playing at as she never actually had a brother. Those with fibromyalgia continued to tell the world that they really were ill despite not appearing to be so. Surprisingly little attention was given to the nutter who has come to visit us all from the year 6491 and has got himself stranded here.

As I walked the hounds round the park I couldn’t help but wonder what I would do if I could travel back in time and got stuck there. Presumably I would have done my homework and would know enough to make a few sound investments and be able to live comfortably? I’d like to think I wouldn’t be starring on You-Tube claiming to be a nutter from the future.
As we walked round the park we saw some kids on the way to school. A couple of them were wearing motorcycle crash helmets on their pedal bikes. That must have been hot. And the schoolgirls were all dressed decently and demure. Perhaps those ones I saw the other week really were dressed up?
As we walked Treacle chased birds and Fudge straggled. An average walk really.

I settled the dogs, got into my car, and had a moment of panic. The car didn't start. Usually the thing never lets me down, but this morning it wasn't having any of it. As I began to worry I made myself take a deep breath. I counted to ten, tried again and after a little shuddering and coughing the car started. I suspect that I should have revved it a little as I pressed the starter as it had sat idle all weekend.
Mind you I shouldn't complain about my car. My great plan had been to trade it in for a newer model some six years ago. It's not doing *that* badly really.

Having filled the car with shed rubbish yesterday I drove round to the tip to unload. The parking at the tip left a lot to be desired today; it was a total disaster. I arrived to find some plank (who had parked at the back) loudly demanding everyone get out of his way so he could leave. And as he went, some other plank followed him to the exit, then parked their car blocking the exit whilst they unloaded their tat.

I took a little detour on my way to work. I drove out to Iden Green to find a geocache right next to a school. That has gone onto my little list. From here it was only a short drive to my next geo-target... or it would have been had my phone's sat-nav known the difference between left and right. It said "turn right" when it clearly meant "turn left"... but eventually I was rummaging at the base of the correct tree.

I nearly broke my neck scrambling up a minor cliff to get to my third geo-target. At the top of the cliff was a tree - it was supposedly up that tree. I could see the wreckage of what was probably that which I sought some twenty feet up the tree. I gave up and consoled myself by failing to find another one in a clump of stinging nettles half a mile up the road.

Pausing only briefly to get sugar from Tesco I went in to work.  Being on a two-week secondment to Pembury I had lunch at work (I tend to do that when on the late shift there). Feeling rather healthily-minded I had salmon and runner beans. And to counteract the goodness I had fruit crumble and custard for dessert.

Just as I was getting into the thick of what turned out to be a rather busy late shift I suddenly remembered I had intended to get electronic mouse-scarers from B&Q this morning before work. And net curtains for the shed as well... Woops.
I *knew* there was a reason I left home early this morning...