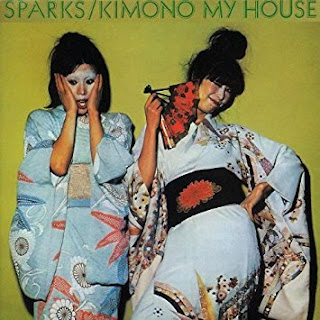 I mentioned yesterday that I thought I’d had a touch too much sun. I woke up in front of the telly just before midnight and then took myself to my pit where I slept for over seven hours.
Not too shabby at all!

With my car still in dry dock I spent a little while looking at maps of train routes for work and for fun. You don’t realize just how you depend on a car until it goes west.
And then I nearly choked on my toast as I read a post on the Facebook page “Geocaching in Kent” this morning. Someone had posted: “I have lost all motivation to cache…. I seem to have attracted arsehole cachers so far this year and had nasty logs from brand new accounts who have also sent horrible messages…. Until this year I'd only met nice cachers”
This from someone who I actively avoid after she posted some rather nasty personal abuse at me a while back. Perhaps she didn’t mean to be nasty? Perhaps I was being over-sensitive? But it is commonly said that what goes around comes around.

I went out in to the garden with the intention of mowing the lawn. Instead I blew a fuse. I turned on the lawnmower, there was a dull “thud” sound, and then nothing. It didn’t take long to determine that a fuse had gone; and didn’t take much longer to replace it. But it was a nuisance nonetheless.
With lawn mowed I pruned back not-so-nice-next-door’s roses which were again hanging over the fence. What is it with roses? They look pretty for a day, then drop their petals everywhere and look messy for weeks.

As I pruned "My Boy TM" came to visit. He picked up the ChromeCast that Jose had kindly left for him, and I gave him a crash course on Netflix. Did you know that several people can all have sub-accounts from the one Netflix account? Our family has one each all from the one subscription. I can’t praise Netflix enough.
He then cluttered off homewards planning on having a telly-o-thon, and "er indoors TM" popped to B&Q to get the ingredients for the decorating she was planning to do today. I asked her to get me a wire brush; if nothing else it gave the impression that I was intending to do something decorative in the near future.

I'd not been looking forward to driving to work today. What with my car out of action I had one of two choices. I could either borrow "er indoors TM" 's car, or I could take a train to Tonbridge and then spend heaven only knows how much on a taxi. I went for "er indoors TM" 's car.
I don't like driving at the best of times, and in my world "the best of times" involves driving my own car. "er indoors TM" 's car has a driving seat which is far too low-down, a rear-view mirror through which I could see hardly anything, a gear stick which is in *completely* the wrong place, and it has a handbrake. A handbrake! One you have to manually release yourself when you drive off (how quaint!). I only forgot once.
Knowing the rather delightful choice of music she has in her car, I brought along a CD of my own. As I drove cross-country to Pembury I howled along to arguably one of the best music albums ever released. It is sad that hardly anyone has ever heard of the album "Kimono My House", let alone knows all of the words to all of the songs.

After an hour and twenty minutes I pulled up in the works car park. Remembering to use the handbrake (!) I parked the car and went in to work.
One of the good things about being seconded to Pembury is that the works canteen is rather good. I had some rather delicious chili beef and rice followed by strawberry crumble and custard before going to do my shift. Having had a rather good rostered day off yesterday it was only fair that I did the late shift. Even if it was a bit like hard work.

Talking of hard work I came home to find "er indoors TM" hadn’t been skiving. She’d painted like a thing possessed and completely replaced the kitchen lino and bathroom carpet. She’s done a good job…
Mind you it wasn’t “lino” that she replaced. On 26 January 2007 she unleashed serious whoop-ass on me for saying that what she’d come home with was lino. On 27 January 2007 she laid a “vinyl-based floor covering”. It lasted well. I wonder if the new stuff will do as well..