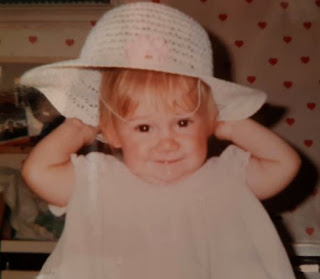 I rather ached when I woke at six o’clock this morning. I would have liked more sleep, but it wasn’t happening, so I spent a little while telling the world about what I’d done yesterday whilst the washing machine had a go at making my laundry once again presentable.
Once I’d got the second wash load on to the line to dry I got dressed and looked at the garden.

The heavy rain in the week had done wonders for the lawn or stuffed it right up (depending on your view on lawn mowing). So I edged the lawn and ran round with the mower. A much easier job now I’ve bodged the lawn mower’s dead man’s handle. And with the lawn mowed I then did something I’ve been threatening to do for some time. I stripped out the shed.
Several years ago I put some ultra-sonic rodent deterrent gizmo in the shed, and up until recently it has done very well. But it seems to have thrown in the sponge over the last few weeks and months. There has been a mouse problem in the shed. As I emptied stuff out it was clear they had been into my fishing ground-bait and moved the pellets about. They had put pellets of ground-bait all over the shed, in everything and on everything. And they had made a substantial nest in the cushion which went on the garden lounger which (ironically) I’d taken to the tip a few months ago.
Over the course of two hours I got all the stuff out of the shed, swept out chewed fishing bait and mouse turds, and had a rather substantial tidy-up. It is only when the shed is ransacked that you see exactly what rubbish you have in it. I had four tubs of ant powder. Three unopened garden strimmer lines. No end of clout nails. Unopened weed-proof membranes. The electric drill I’d lost and replaced. Countless rusty drill bits. I’ve got a boot-full of rubbish for the tip for tomorrow morning,

And then I re-packed the shed. Unlike before, the stuff I use frequently is to the front. So I am not reaching over all sorts of rubbish once a week to get the extension cable for the lawn mower. And the stuff I rarely use is to the back because I rarely use it. Logical, eh?
The shed’s curtain have had it… I wonder where I can get new ones?

Just as I was sorting out the last of it, the birthday girl arrived. She’d brought round a new inflatable paddling pool (as the mice had chewed a hole in the last one) and once the thing was up and running, she and "er indoors TM" supervised "Stormageddon - Bringer of Destruction TM"’s paddling. Sam and I sat in the sun and I had something of a Czech lager hour, then fell asleep for a couple of hours. I *hate* that – being asleep at six o’clock would have been good; being asleep for much of the afternoon was a nuisance. But I enjoyed that for which I managed to stay awake.
It was such a shame the new paddling pool sprung a leak after an hour or so…

With the family gone we had a rather good bit of scoff and "er indoors TM" went bowling as she does most Sundays.
I spent an hour or so ironing… I must love it.