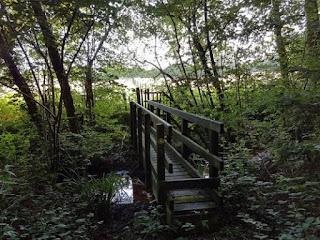 I didn’t sleep well last night. I blame the dogs.
Over brekkie I watched more “Trailer Park Boys”. They stole a model rocket and launched it to the planet “Juniper”. It’s a wonderful show. I then sparked up my lap-top, and once it had eventually finished its updating I had a look-see at the Internet. There wasn’t a lot going on with Facebook, so I had a look at my emails. Amongst the masses clamoring to join my LinkedIn network I had a request from someone I actually know. Can you believe it?
I had an email from Geocaching dot com advertising their latest gimmick. They’ve got some new souvenirs based on “Hidden Creatures” which starts in a few weeks’ time, and to advertise the thing they had a questionnaire to find out which hidden creature you are. You can do it by clicking here – I got “Fairy”. With so much that could be improved on their app, with absolutely no consistency in the reviewing process and with people drowning in storm drains you’d think that there would be other things that the people at Geo-HQ might be concentrating on, wouldn’t you?

I set off to work; I took a little detour to the Biddenden vineyard for geo-purposes. Before I rotate back to Maidstone for work I thought I’d get a geocache by the vineyard as it is sort of on the way I drive to work when I am at Pembury. This one was in a rather beautiful setting and had originally been hidden in September 2001. Judging by the state of it, it looked like it was originally hidden in September 2001. I thought about offering to adopt the thing as it was such an old one, but the last time I offered to take on an old cache I never heard back from the owner, and this one had already been adopted out once anyway.

I drove on to work. As I drove the pundits on the radio were talking about the demise of the UK mammal population. However they didn’t make any mention of the mammal app they’d suggested I download a few weeks ago. Mind you, I couldn’t help but wonder if everyone else who had downloaded it had had as much “success” as I have had with it. Having only found three mammals to log on it, perhaps it is best brushed under the carpet.
There was also quite a bit of concern voiced about possible football thuggery at the World Cup. In years gone by it was the British fans who were the troublemakers. Nowadays it seems that it is the Russians who are the problem. I realise that the violent fans are in the minority, but does any other sport have such a fractious following?

Work was hard work; I came out to find my petrol tank had lost half its contents during the day. There was no evidence of a leak, but there was a whiff of petrol. I’ve spoken with the nice people at the garage who wonder if when I hit a pot-hole yesterday I might have bumped a seal open, and I’ve got some evaporation going on. That would be a pain. I’ve booked some repairs.

Once home I walked the dogs round the park. I say “walked” – have you ever played the old video game “Sheep”? You can download it here. Herding Fudge round the park was akin to playing that game this evening.

With time against us, "er indoors TM" got KFC for dinner. It was OK, but (to be honest) given time she boils up better.
I got the beer into the barrel – maybe I might have an early night?