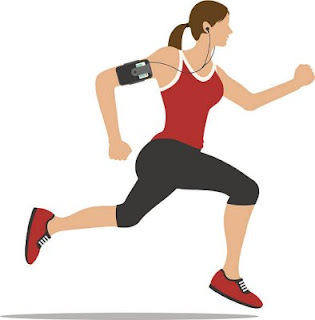 Over brekkie I watched more “Trailer Park Boys” as the SkyPlus box didn’t seem to have recorded any “Thunderbirds Are Go” over the weekend. I do like that show – there *really* are people who are as thick as those in the show - and they are allowed to vote and do jury service…

As I had my morning look at the Internet I saw something which made me think. When I go geocaching I talk about “film pots under rocks”. That is predominantly what I hunt out – a relatively easy find, and lots of them in a series marking out a long walk. On the way to work I will look for slightly different ones – isolated ones here or there. There are some caches though which are much more difficult to find. Some have a trickier hide, some have a more inaccessible location. Some are only accessible by boat along a river. Some are twenty yards up a tree. Yesterday someone drowned whilst looking for one which was hidden in a storm drain in Prague.
The worrying thing is that if I saw there was one marked on the map, I’d not think twice about clambering into a storm drain to see if I could find it.

Armed with petrol I told the sat nav to set sail to this new geocache, and it did so. Following previous episodes where I went wrong by not listening to the thing, today I followed its instructions, and I soon found myself on the M26.
M26 ?!
The quickest route to this new cache (by about five minutes) took me quite a few miles out of my way. I didn't realise that it is actually faster for me to drive to Pembury via the M26 than it is by taking a direct route. I might go twenty miles further, but I would do the journey in less time.

As I drove the pundits on the radio were discussing President Trump's latest antics. Over the weekend he was at an international summit where he effectively stuck two fingers up at countries who over the years have been America's staunchest allies.
Today the idiot is planning his upcoming summit with the North Korean leader Kim Jong Un.
The Korean people being interviewed about his summit said that in their opinion the difference between the two leaders in that Kim Jing Un does what he feels he *has* to do whereas Donald Trump does what he *wants* to do.
A subtle distinction.
I find it ironic that American friends of mine spend quite a bit of their time apologizing on behalf of their nation for what a twit they have elected as President.

There was also talk about the new measures introduced to protect doctors after the Bawa-Garba case in which a doctor was struck off after the death of a small child.
The pundits on the radio wheeled on the mother of the child who died. Listening to her was very sad. Clearly she was upset following the death of her son. Who wouldn't be? But the right decision has been made. The unpleasant truth is that ill people do die, and if lessons can be learned in such cases, then that is some (very) small consolation.
I've asked before what kind of a health service will we have in which all medical professionals are absolutely terrified of litigation, and people would rather work in McDonalds as the law suits would be less onerous?

Eventually I got to where the geocache was hidden...
Oh dear.
I *really* should have read the description *before* I left home. The thing had been hidden by someone who had only ever found one of the things. And it showed.
I hesitate to say they didn't know what they were doing but the description spoke of a tree at the end of a road. The given co-ordinates came to the middle of a road. There were a few trees a dozen yards away, but none especially close. The hint seemed to have some cryptic (meaningless?) number puzzle. I had a cursory glance up a few trees which were within fifty yards, then gave up and went on to work.

At work I drew out my team for the works World Cup sweepstake. Apparently the World Cup starts in two days time. It is a matter of the utmost indifference to me, but it does boil my piss somewhat that football is such an arrogant game that the fact that we are considering the *football* World Cup is a distinction which doesn't need to be made.
I've drawn "Peru". I didn't even know Peru had a football team, let alone one which is good enough to get into the World Cup.

I came home via a much more direct route than I’d taken to work and got home just as "er indoors TM" was taking the hounds out. We had a good walk, but there was an episode with a jogger. Like most people these days this jogger had earphones in and so couldn’t hear anything. He was so wrapped up with his music that he was oblivious to the world around him, and nearly (but not quite) went straight over the top of both dogs. The dogs saw it as an attack and nearly (but not quite) retaliated.
It could have been nasty…

I’ve just shared some stilton with my dogs. Both are farting as though it is going out of fashion…