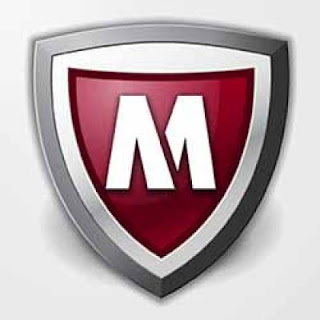 I’ve been rather thoughtful and reflective over the last day or so. Yesterday I received an invitation to a party, but was warned “but so-and-so is going to be there.” “So-and-so” is an odd fellow. Over the course of five years he went from being everyone’s favourite person to being a universally disliked bully. It is commonly said that one should stand up to bullies, so at the time I did so. But everyone else who was being subjected to his nastiness continued to kow-tow to him so effectively I found myself isolated and have done ever since.
I sent an apology in reply to the party invitation; not perhaps that polite an apology, but one explaining in no uncertain terms why it wouldn’t bother me if I never saw “So-and-so” again. I got an instant reply which was rather sympathetic. I was told I wasn’t alone in feeling that way; no one likes him. When I asked why he remains part of the social circle which I have decided to abandon, and specifically why he got invited to this party at all, I got rather vague evasive answers.
Should I have not stood up to this fellow? Should I have stayed quiet and remained “part of the gang”? If being “part of the gang” involves being part of a social group which is beholden to his bullying ways I’m glad to be out of it.

I’ve also found myself thinking about other people’s religions. As I had my morning rummage round Facebook I saw a few friends thanking God for every trivial little incident that happened in their lives whilst drawing a blank over the much larger horrible episodes. I remember a friend of mine (now a Baptist minister) once offering up a prayer when he found a fifty-pence coin on the street but then saying that treading in a dog turd five minutes later was just blind chance.

As I scoffed my toast my phone beeped with a reminder from my google calendar that I had an appointment with the dentist this morning. I’d forgotten about that. Despite bombarding me with texts telling me about cancellations they’ve had and would I like an appointment at short notice, the dentist didn’t think to send me a message about the appointment I *did* have.
So with half an hour spare I devoured my toast and set off to the fang-quack. It is very handy having a dentist which is just a couple of hundred yards down the road.
Today was the first go with the new dentist. I’ve not had a lady dentist before. She rummaged in my gob, took some X-rays and found all sorts of problems that the hygienist didn’t spot last week. Don’t hygienists look for that sort of thing? Did the hygienist miss my dental dilemmas? Is the dentist just touting for trade?
I’ve got to go back in a few weeks’ time to get it all put right. I eventually managed to make an appointment; I couldn’t really hear what the receptionist was mumbling over the noise of the radio.

I came home and once the washing was pegged out I took the dogs round the park. Fudge was comical; at the point of our closest approach to the river he stopped and looked at me as though he was asking. “Oh go on then” I said, and he smiled (as he does) and ran straight to the dog beach. I video-ed his antics; he stands in the river and barks for you to throw stones onto the water. He then runs to where the stone went in, and barks for you to throw another.
We played for a few minutes before coming home. More washing got pegged out, and I had a go at some flaking paint with a wire brush (as one does) before running round the living room with the Hoover. The thing worked far better once I’d emptied it out…

I watched more “Trailer Park Boys” over a sandwich, then went to bed for the afternoon. For once the dogs didn’t bark incessantly at nothing, and I got a good three hours asleep.
Once I’d got the washing in I then updated the McAfee anti-virus thingy on my lap-top. That took some updating.

"er indoors TM" will be home soon. A spot of dinner, then I shall get the train to the night shift. I had hoped my car would be fixed by now. To be honest I never thought it would be ready; I just hoped it would be. Still, I’ve done that train trip twice this week already. I should be good at it by now…