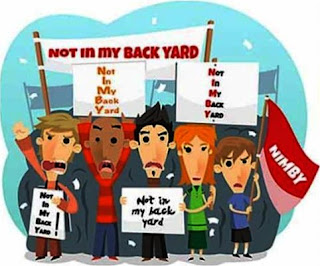 Over a rather early brekkie I watched last week’s episode of “Thunderbirds are Go” in which Virgil was suffering from excessive gas. And Gordon was something of an embarrassment too.
I then had a look at Facebook – not much had happened overnight. I posted up to see if there was any interest in a trip out into the Thames estuary. There are two geocaches out at sea there; I quite fancy a boat trip and can charter a boat if I can persuade others to share the cost. Ironically this trip is in exactly the same waters in which the first fruit of my loin was once rescued by the lifeboat on 30 May 2010. There are a dozen spaces in the boat I can charter – having had talks with various friends I’ve got takers for half of the spaces. I just need to get takers for the rest.
I had quite a few emails this morning. Most went in the bin, including the one from myfitnesspal dot com who were advocating sleeping in the nip. I took a moral stance on that one!

I set off to work through the drizzle. As I drove I sniggered at the radio's weather forecasts. The first one spoke of a dry day all over the UK except for parts of Northern Ireland. By the time the next one was given (half an hour later) someone had clearly looked out of the window as it spoke of a wet morning everywhere. For all that the forecasts on the BBC's weather app is usually reliable, the BBC's weather bulletins on the radio do little more than describe yesterday's weather and then say what they can see out of the window at Broadcasting House at the time. They don't actually spend much time on predicting what the weather is going to do later.
Mind you if I was a weather forecaster, I probably wouldn't either.

There was also talk about the planned expansion of Heathrow Airport.  The proposed third runway has been on the cards for twenty years. Either build it or don't, but someone should make a decision at some stage soon. People who were for and against the issue were interviewed live on air. Those who want the country to prosper offered up all sorts of evidence supporting the building of a third runway. Those who don't want a bigger airport because they live near to where it might be built offered up all sorts of evidence against the building of a third runway. ​Neither were particularly eloquent, and both said "er" and "um" a lot which didn't make for good listening. I wish the pundits on the radio would prepare their interviewees so that they don't stammer and stutter *quite* so much.

As I drove through Goudhurst I had to swerve suddenly to avoid flattening a weasel which ran in front of my car. It was a shame I wasn't quicker with my camera so's I could log it on my "mammals" app. I must admit to a degree of disappointment with my "mammals" app; there's nowhere near as many of the things about as I thought there was.
I've now downloaded a "plants" app. With the "mammals" app I have to tell it what mammal I've spotted. The "plants" app will identify plants for me. bearing in mind that I'm only really much good with monkey-puzzle trees, dead palms and pansies (oo-er!) I'm hoping for more results with my "plants" app.

I got to work and did my bit. As I do.​ Being in a bit of a rush this evening I found myself with a twenty-minute delay with traffic lights at Goudhurst, and then Fudge got over-excited at fish-feeding time and fell in the pond. Have you ever seen a dog who has fallen into a garden pond? I have (several times) – the look of shock and surprise as they suddenly find themselves swimming is *so* cute.

After a rather good bit of scran we settled the pups and went round to Arden Drive where we bandied insults and watched a rather good episode of “Gotham”.
I really should have an early night…