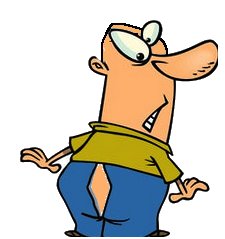 As I sat down in front of the telly to scoff my toast this morning my junk felt rather chilly. I had a little investigate (as one does with one’s junk) only to find out that somehow or other I’d ripped the undercarriage out of my jim-jams. They were a new set of jim-jams too. The moral of this sorry tale is don’t buy your jim-jams from the cheapo section of Aldi.
I watched an episode of “Monkey” in which Tripitaka got caught by the baddies. Getting caught by the baddies seems to be something of a theme in this show.

I spent a few minutes doing more of my on-line course “The Science of Beer”. I’m not impressed with this course. I’ve done lots of on-line courses before. With Coursera I learned about dinosaurs, exo-biology, astrophysics, psychology (human and canine). However they were all courses at the graduate level delivered by experienced lecturers. The course I’m currently doing is by edX and the presentations are given by patronizing students delivered at primary school level. I must admit that on more than one occasion I felt I was watching the Gorgeous Tiny Chicken Machine Show.

There was nothing of note on Facebook this morning, but I had an email which left me thinking “WTF”. Last year I signed up to Crosskeys mailing list. Crosskeys are the coach company with whom we went to Bruges for a day trip. Every day they email me with offers. Today they had an offer of a trip to Chester Zoo. The trip looked good; together with an overnight stay the outing would cost fifty quid… but then I read the small print. The travel costs weren’t included. What on Earth was a coach company doing selling tickets to the zoo but not to the coach to get you there?

As I drove to work the pundits on the radio were interviewing some big-wig from the world of teaching. Not content with thirteen weeks paid holiday a year and rather short working days, teachers are to have the opportunity of a year’s paid sabbatical as a sob to keep them all from leaving the profession.
There are those who would feel I’m being uncharitable to teachers; many do work in the evenings after the kids have gone home, and in the school holidays too. (just like everyone else does). However many do not.

With time on my hands I went to Sainsburys in Aylesford. With the works bake-off only two weeks away I thought I might have a dummy run. I got most of the ingredients for my recipe but couldn’t get malt extract. (Malt extract is rather central to a malt loaf). I asked an assistant if they had malt extract. She had never heard of it. She called over two mates who also had never heard of it. One of them (obviously a smartarse) said it was a job for Google and smiled in a patronizing sort of way. I looked her in the eye, pulled out my phone and asked it (verbally) where I could get malt extract. It suggested Sainsburys in Aylesford. The smug smiles soon vanished. The assistants went and had a proper look but had to admit defeat.
My phone also suggested Aldi, but with no one working in the place whose first language was English made things rather problematical.
After a busy day at work I went to Waitrose as their website said they sold the stuff. Again I had a sea of blank faces when I mentioned malt extract, and I was also told that Waitrose’s website claims they sell a *lot* of stuff that they don’t.

I came home to find that "er indoors TM" had already taken the hounds out. I took the opportunity to put the butter I’d bought this morning into the fridge; it had got a bit squishy in the car during the hot day.

I shall see if I can get some malt extract tomorrow…