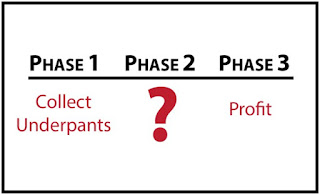 Over brekkie I read something on one of the work-based Facebook pages I follow which struck a chord with me: “Feeling discouraged...I’ve been in a toxic work situation for quite a while now. I’ve finally decided I need to change companies after years of trying to make it work out. Sometimes I think I’ve made the wrong career decision. However I’ve been in the same position for 10 years, so I know I haven’t experienced much variety out there. Could use some words of encouragement or advice.”
I found myself having flashbacks. I worked with a toxic person for years, She was obnoxious and a bully who delighted in giving out personal verbal abuse. Eventually things got so she would do her work in a room on her own which suited everyone; she hated everyone else and everyone else hated her. On one occasion a trainee went to her for help; she told him her door was closed for a reason, and slammed it in his face.
Successions of managers tried to work with her and jolly her up, but she resisted all attempts to get her to stop being such a nasty person. But what *really* got me was that for all that everyone else would grumble and whinge about her, not one would formally complain. So when I eventually formally complained I was told that it was only me who had a problem with her.
I hear she is still a serious problem for the place’s current management.
I also read a post on Facebook from someone who still works in that place who was complaining that the hospital’s ultrasound machine was out of action, and was being rather disparaging about the matter. I see people who work there running the place down every week on Facebook. I once posted a selfie from the place in the small hours of a night shift, was told I was bringing the place into disrepute and received a formal disciplinary warning.
I’m convinced I would have had a case for constructive dismissal. But on reflection I am very glad to be away from that environment.

I got dressed; that is I got dressed once I’d retrieved my new pants from Treacle. I bought some new pants from Aldi yesterday. I wonder if they would be as keen to exchange them as B&Q were to refund my money on those shears yesterday? The whole idea of pants is to hold your “junk” in place. These new pants seem to be for decorative purposes and just let it all slop about. I shall wash them and give them to Treacle as a toy; she will think she is *so* clever running around with them.
Alternatively I shall let the gnomes have them – if they have finally figured out what to do with them.

Together with the dogs I got a lift half-way to "er indoors TM"’s work. We walked home through the new estate. I like the look of some of those houses there; how do people afford them?
Failing to find a geocache there (I promptly emailed friends for hints) we came home and I trimmed the edges of the lawn with that poggered strimmer. It trims well enough, but the cutting bit has had it. I am currently bodging it by using old washing line as the strimming edge; having to have three changes of washing line for each time I cut the lawn’s edges.
As I was finishing so the sky got rather black. I shall mow the rest of the lawn tomorrow.

Over a spot of lunch I put on a DVD. I’m sure I’ve watched “Interstellar” before; after an hour or so I felt myself getting tired. I do that before the night shift. I’m sure it is all in the mind, but just after min-day I get very sleepy. I went off to bed for a few hours, then watched the end of “Interstellar”. In many ways it was very like “Avatar”; the sort of film I thought I would like, and probably would have done had it been an hour shorter. Leaving aside the glaring plot holes, I was just waiting for the film to finally end. It had clearly modeled itself on the film “2001 – A Space Odyssey” and that film went on far too long as well.
(on checking it seems I watched the film on 8 May last year whilst doing the ironing – I didn’t like it then either).