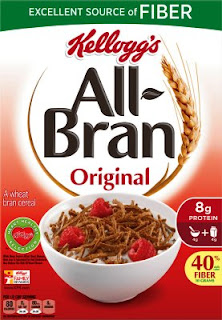 I woke in the small hours with a rotten headache. It eventually passed, and I dozed off, waking one minute before the alarm was due to go off; that was good timing.
I found myself gripped by indecision as I organized my morning toast. Jam or marmalade? I wasted ten minutes finding myself utterly unable to make such a trivial choice. In the end I went half and half. I think I preferred the marmalade.

Rather than watching telly as I scoffed the toast I did more of my Coursera course. A fifteen-minute presentation on probability theory; it gave me flashbacks from my time with the Open University and I amazed myself that I managed to keep up with what were actually rather abstruse concepts.
I then did the next lecture on one-time pads and my brain nearly exploded.
To calm my overheating head I had a look at Facebook for five minutes. Not much had happened overnight except that Gordon’s holiday continued. He’s currently in New Zealand. This is the reason I *love* Facebook – you can be *so* nosey and keep up with what everyone else is doing.
With no emails not destined for the bin I got dressed and made the epic walk to my car - after finishing a late shift there is rarely anywhere to park which is anywhere near the house.

As I drove to work I had more "Open University flashbacks". The pundits on the radio were interviewing an ecologist from the University of Reading. I had three incredibly fun summer schools there when supposedly studying mathematics.
The ecologist being interviewed was talking about rabbit populations in the United Kingdom. The general feeling amongst those who count rabbits is that rabbit numbers are in decline. However there is uncertainty as to just how much of a decrease in lagomorphs we are seeing. Over the last few years various estimates of rabbit populations show a decrease of somewhere between ten and sixty per cent. There's quite a bit of variation in these figures; it seems that there aren't enough people whose hobby or profession is counting rabbits. So the nice people at the British Mammal Society have created an app with which the general populace (i.e. me) can assist by registering any rabbits I may encounter... or any mammal come to that.
Being a mammal myself I’m quite keen on the things, so I’ve downloaded the app. I wonder how it works.

There was also talk about the English cricket team who (following a surprise victory in New Zealand or somewhere) aren't now coming home. The chap they were interviewing was talking about how yesterday they were looking at getting tickets for flights home.
Do they *really* operate like that?
Surely they would book flights home for when the entire tournament was over?

I got to work where we had a good day. The boss was boasting about being pleased that she was backed up. I suggested all-bran. "Being backed up" means something entirely different in her world. Something to do with USB sticks?

The plan for today had been a late shift, but events had turned out so that I was wanted to do the late on Thursday instead. So I had hope to have time for us to walk the dogs and try out my new app. But… for no reason that I could see, my journey home took twice as long as usual. So with "er indoors TM" and the wolf pack already out when I got home, I took the opportunity to give my head the once-over with a pair of shears. I’m not really that keen with my hair style.. not that I have much choice. If I have any length of hair it will look like I’m trying to do a comb-over.

I wonder what’s for dinner…
Posted by Manky Badger at 7:38 pm