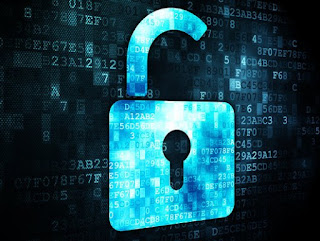 I woke to find both dogs on the bed, but by the time I was ready to shovel toast down my neck Fudge had decamped to the sofa from where he looked at me with a rather hopeful expression. Did he want a cuddle, or did he want toast? He got (and seemed happy with) both.
I watched the last episode of "The Mighty Boosh"; it was rather good. Another triumph for my Netflix subscription; "Still Game", "Red Dwarf", "Gotham", "The Good Place", "Lost in Space, "Star Trek: Discovery", "Monkey", "Peaky Blinders" and quite a few films too... not bad for under a tenner a month.
I wonder what I shall watch next.

Not a lot had happened on Facebook overnight for once; but I had half a dozen emails that wound me up a tad.  I have several geocaches that I've hidden. I don't look after them as well as some people do; I rely on people to log on-line if there is an issue. This morning I had emails telling me all was well with six of my hides. But then I looked at the date of the finds. These emails referred to find which had been made last August, but which the finder had only got round to logging yesterday. This can be misleading. So... all was well last summer. Had they gone missing in the meantime a late log might trick me into thinking that there was no problem when in fact there was.
There are a  lot of people who are behind with their logging, but a while nine months behind? The silly game of geocaching is about finding sandwich boxes in the woods and logging that you've done so. Why only do half the job?

Once I'd finished ranting (not that Fudge was listening to me) I set off to work. As I drove the pundits on the radio were talking about the latest conflict in the Middle East. They were interviewing some chap from one of the factions who gave a solid five minutes tirade in which he did nothing but spewed racist hatred harping on about grievances from lifetimes ago.
He was then followed by someone else with an interest in the area who said that "her country demanded blood".
I don't understand what is wrong in the Middle East, or any of the issues, but it *really* does seem that everyone there wants nothing more than a bare-knuckle fist fight with everyone else.

I stopped off in Sissinghurst for a little morning walk. There are two geocaches along a track I thought I might hunt out. One eventually emerged (literally); it had been rather seriously buried and looked as though it hadn't seen the light of day for some time. However (despite its interment) it was dry inside (unlike yesterday's find).
The other eluded me; I've asked for clues. I may well go back.

I got to work and did my bit. And came home again.

Last week I enrolled in a course "The Science of Beer". I've given up with it. The course was incredibly simplistic; having post-graduate level qualifications I found I struggled to be treated at the primary school level. Instead I've gone back to my old favourite for on-line education: Coursera. I've signed up for a month of cryptography. I've already got a degree in maths so that might help, and a *lot* of geo-puzzles are based on codes and ciphers. I wonder how this one will pan out…