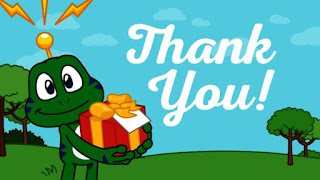 Finally a decent night’s sleep!! Over brekkie I saw that the album I’d posted onto Facebook with photos of yesterday’s works bake-off had received a lot of favourable comments. I was pleased about that
There were also quite a few comments about the Grenfell towers tragedy (the formal inquest started yesterday) and several memes were circulating about how the council could afford a Royal wedding last weekend, but wouldn’t pay for fire safety on a tower block.
Oh how my piss boiled. So many people have no idea how the world is financed.
“The council” (whoever that might be) weren’t responsible for Grenfell Towers – that was the responsibility of The Kensington and Chelsea Tenant Management Organisation which has four council-appointed members out of a total of fifteen members. The only cost to the taxpayer for the Royal wedding was the security, most of which will be recouped in the tourist trade. The cost of the security wasn’t that much more than is spent on the average major football event. Bearing in mind all the anti-social behavior which goes with football, a better case could be made for banning football events…

I checked my emails and saw I had one from Geocaching HQ telling me that today is “Thank a Volunteer Day” when we all show our appreciation for the volunteer reviewers who do so much for the geo-hobby.
I have mixed feelings about this… Whilst the volunteer reviewers do a wonderful job, the way geo-HQ involves volunteers leaves a *lot* to be desired.
There are about a dozen or so volunteers who operate across the UK who check the suitability of new geocaches before allowing them to be published. But because there are so few of them to cover such a large area, all the “reviewing” is done from the home by people working independently using Google street view, no local knowledge, no idea of how the other reviewers are interpreting the rules, and (seemingly) no memory of what they did last week. All of which leads to the rules not being applied consistently.
Some hides are turned down because there is a school a hundred yards away whilst others are allowed which are within arm’s reach of the playground.
One person is not allowed to hide sandwich boxes because they are too lackadaisical with their maintenance; another person with *exactly* the same track record is.
Some formal events are deemed too close together at a day apart whilst others are allowed to be one minute apart.
What is rudely turned down in one area is warmly welcomed only fifty miles away.
Perhaps if there was a lot less secrecy about how one joins the select band of reviewers and a lot more people were invited to help, with more than one person adjudicating on each possible hide or meet then the rules might be applied consistently. And my piss wouldn’t boil as it did only the other day when I saw that someone else had been allowed to use an idea which I was told was totally and expressly forbidden.

I took the dogs for a walk. Fudge shouted at pretty much everything in Beaver Road. I wish he wouldn’t. he was such a quiet dog when he first came to live with us; I can remember the first time I heard him bark. I thought it was *so* sweet.
As we turned in to Bowen’s Field wetland park we saw some goldfinches. (I say “we”; I doubt the dogs were interested). I’ve not seen them in Bowens Field before. Come to that I don’t think I’ve seen them in Ashford before. I wonder if they are moving in to the area. Let’s hope so.
I also saw a squirrel before the dogs did, and logged it with my “Mammals” app. So far I’ve logged three mammals (two squirrels and a deer), but I suppose it is still early days. Mammals would seem to be a lot more obscure than you might think.

I set off for work and (loaded up with a heap of rubbish for the tip) I headed down the road to my car. Then I turned round and went up the road. Then I stopped and had a little ponder... where *did* I park the car last night?
Eventually I found the thing and set off. Firstly I went to Matalan to get some new trousers. As I queued up I couldn't help but overhear the chap in front who was demanding a refund on some item or other which his wife had bought for him. But the assistants couldn't give him a refund - they could only refund the credit card which paid for the goods - his wife's card(!) This chap was adamant she couldn't come into the store herself as she was housebound, but he was at a loss to explain how she'd got into the store to buy the thing in the first place.
I went to the tip to get rid of some garden rubbish, then I went to Leeds. Leeds - the one near Maidstone; not the one that everyone has heard of. A few weeks ago I solved a geo-puzzle there just before the rain started. Today I thought I'd actually find the cache. I found it using skill and expertise (!) - the GPS had the actual cache being some forty yards away from where it should have been. Bad initial co-ordinates, poor calculating on my part, or my phone being doolally?
My phone was spot-on at the next geocache I hunted out at the motorway services.

As I drove out of the motorway services I had a little incident. Some idiot in a black Audi (registration GJ16 RTZ) flew out of the services behind me going far too fast, and finding himself in the wrong lane cut me up so badly I had no alternative but to either swerve off of the roundabout or crash into him. This twat then drove round the next roundabout as though he was the only person on the road.

I went on to McDonalds to calm my nerves. There was another twit there; this chap had clearly never been to a McDonalds before and was making rather hard work of it. Eventually he was given his tray and he then blundered about getting in everyone's way with it. I didn't *quite* laugh out loud when a young mother told him "sit down, eat your food, fuksake!"
And finding there were no long-handled secateurs in Aldi I went to work.

I do like the late shifts, if only for the morning adventure...