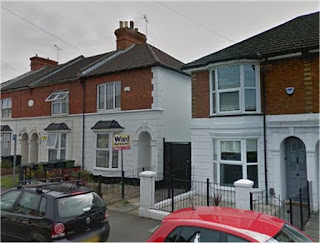 As I drove home from work this morning the pundits on the radio were talking about how the planned meeting of Donald Trump and Kim Jung-un has been cancelled. I can’t help but feel that an actual meeting is the last thing either of them want. The promise of a meeting which is forever on-again off-again would be far better for them – it will keep the public’s attention for ages.
There was also talk about the latest estimates of the cost of Brexit. Whether or not it was the right decision is irrelevant; the decision has been made. But it was an expensive decision especially when you bear in mind that it was sold to the masses as a financial saving. The Governor of the Bank of England says it has left households nine hundred pounds worse off, and there will still be twenty billion quid extra to find each year. In the lead-up to the referendum the leaders of the “Leave” campaign were crystal clear in their promises that Brexit would save the country money. Would it be *that* unreasonable for the government to bankrupt Boris Johnson and Nigel Farrage as a punishment if for no better reason than to make politicians accountable for making promises that they clearly cannot keep?

I took the dogs round the park; Treacle ran in terror from other dogs, Fudge humped and picked fights, OrangeHead’s posse were civil… a rather dull walk really.
As we walked I spoke with "Daddy’s Little Angel TM" on the phone. She’s been discharged from jury service. Apparently this isn’t the same as being expelled; it turns out they don’t need her. She was told that the courts don’t take on much work over the Bank Holiday period. It struck me that criminals work round the clock every day of the year and take maybe a couple of minutes do perform their nefarious acts. The courts on the other hand only work weekdays, have short working hours, clearly don’t put themselves out at weekends, and take ages to deliberate.
British justice(!)

We came home to see nice-next-door loading up their removal van. Today was their moving day. Such a shame…
We've not had much luck with our neighbours since we moved into our current house in the autumn of 1991. When we moved in there was a rather vicious nasty woman and her hen-pecked weasel of a husband in the house next door (going down the road from us). This was years before the bypass had been built, and (being obsessed with peace and quiet) they were not happy that they had moved in to what was then the busiest street in the town. They never forgave us for moving into the house where their friends had once lived and they made no secret of the fact that they despised children in general and ours in particular. I can distinctly remember having to reprimand "My Boy TM" and "Daddy’s Little Angel TM" (both aged about six and seven) for standing in the back garden singing (to the tune of the Australian soap-opera “Neighbours”) “Neighbours… we hate the f… ing neighbours”.
After years of her constantly complaining about trivia they moved out and were replaced with the current neighbours who I often refer to as “not-so-nice-next-door”. I honestly believe he is clinically insane; she looks at me like I am the sh*t on her shoe. Neither have hardly said a word to us since I had a solicitor write to them over ten years ago when they didn’t seem to realise that I don’t need their permission to lead my own life.
He hasn't been seen for over a year, and I am wondering what is going on. I suspect he might be in a secure mental unit, but I could be wrong.

The house next door up the road from us is a different story. No one *ever* stays for any length of time there.
When we moved in there was a little old lady who kept herself to herself.
She was replaced by the mother-in-law of the other neighbours. We got on well with her to the disgust of the other neighbours.
After her it is all something of a blur. I can't remember the exact order, and I may have forgotten some ...
There was the drunk Irishman who would play crap music at 2am.
There were two young Australian ladies who would sunbathe in the garden in the nip (I liked them).
There was a Nigerian family who would never pull the blind in their toilet.
There were two young lads who were great fun.
There was the Nigerian fellow who would regularly have a "crafty Joddrell" into the toilet in the evenings; the shadows of which on their bathroom blind were rather entertaining
There was the odd couple who tried to blame the flood from their upstairs bathroom on my downstairs washing machine.
There was the young family who ran away owning thousands (we had the debt collectors asking after them for months).
There were the people with three dogs each of which was the size of a cart-horse.
There was the nice couple who moved round the corner to Francis Road.
Then there was the lot who did noisy sex and who moved out today.

On Sunday 13 November 2016 I wrote about the most recent neighbours: “As we pulled up so our new neighbour was coming out of next door. We chatted for a few minutes; he seems pleasant enough. Here’s hoping”. Chatting with him I got the distinct impression that he feels that I had let him down. He’s moving to one of the new housing estates where he hopes there will be a sense of community that he feels is lacking in Beaver Road. I suspect he was hoping that when he moved in next door to us, his neighbours would also be his best friends; we were never home long enough to get chummy. Personally I subscribe to the “Good fences make good neighbours” philosophy. I’m an old misery-guts in that respect.
I suspect he is hoping to find a ready-made group of people to be his friends. Such groups are out there; you just have to find them… I *think* he is hoping that by moving house such a group will find him. I *think* he will be disappointed. Especially if she carries on screaming quite so impressively when “doing the dirty deed”.
That's a dozen sets of people who have come and gone next door. In between some of these, the house has been empty for over a year on two occasions. This last lot lasted eighteen months next door to us… that’s probably average for our neighbours. In the past, getting new neighbours has been a matter of great trepidation for me; now I can’t help but wonder just how transient this lot will be.

I took myself off to bed; I managed four hours sleep, then lay awake for a while. Eventually I realized I might as well use the time constructively so whilst the dogs snarled at the window at nice-next-door who were *still* moving out. The first time we moved house we did it ourselves; it was horrific. The last time we moved we paid professional movers and it was *so* much easier.
As the dogs grumbled I got the lawn mowed and then looked at the monthly accounts. Whilst I am far from skint I just wish I had a *lot* more money. Realistically I don’t need it. I just want it.

"er indoors TM" will be home soon. The trouble with night shifts is that I don’t really sleep much during the day and I get rather lonely. Perhaps if I was more chummy with the neighbours… ? I’ve met the new people – by an odd coincidence they have a jack russell and a spaniel. We’ve got a jack Russell and half a spaniel.
As I said on Sunday 13 November 2016 “here’s hoping”.