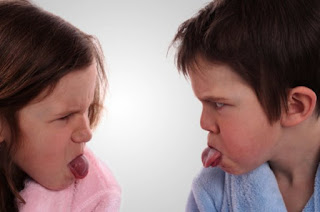 Over brekkie I did some more of my cryptography course. So far it is concentrating on the theory; the maths used to demonstrate the theories is rather complicated stuff. I can’t help but wonder how those without a degree in the subject are managing.
There is an internet forum for the course. I *could* go on there and ask, but I’ve decided not to. It would be one big argument. Just like the argument on Facebook I read just after I’d stopped cyphering for today.

A couple of months ago there was a *lot* of upset in the local Tupperware-hunting community about how some people are dropping everything to run out to claim First to Find on all local geocaches (and thus denying the fun to everyone else). The bad feeling has not abated at all, and the squabbles that started yesterday were continuing here and there on-line and in various messages.
The specifics of the arguments are immaterial, and realistically probably rather trivial. I prepared a bitter diatribe on the matter, and just as I was about to post it I stopped myself…
Hunting under rocks for sandwich boxes is *supposed* to be fun.
I’ve met some really good friends through the silly game. I’ve had some great times. I’ve got a long weekend in France organized through this game…There’s only a vanishingly small minority who are boiling my piss. I really should ignore them.
Why is it that *every single* hobby I take up (kite-flying, astronomy, oil-painting, snake-keeping, beer-making, scouting, sci-fi fandom to name but a few) has an active minority who want to do nothing but suck the fun out of what is going on?

Mind you, all this squabbling about geocaching might come to nothing after Brexit. As I drove to work the pundits on the radio were talking about how the European Union is talking about denying the UK access to the Galileo satellite navigation system.
The E.U.'s chief negotiator has denied the rumours, as you'd expect him to. I wonder what will come of it. Given the worst-case scenario our sat-navs will pack up and stop working. We will have to rummage under rocks using map and compass (as God intended), or I will just have to find yet another hobby which will immediately dissolve into petty bickering.

The radio's thought for the day bit then came on. It started off with an interesting discussion about the current month of Ramadan. It was interesting and thought-provoking and... suddenly as these religious arguments do it all turned to stark nonsense. The argument that was presented stated that simply because lots of people go to church, mosque, synagogue, temple etc and think their religion (and all its associated theories, teachings, traditions, theologies and crackpottery) is true, it must therefore ipso facto *be* true.  After all, can so many people *all* be wrong? (!)
This so-called logic seemed to totally ignore that it had just proven that several mutually contradictory stances were all correct. Presumably this was the reasoning why the world was flat for many years (until this was discovered not to be the case)

I got to work and discovered someone had a geocaching travel bug on their car. Someone else who works where I do hunts Tupperware in the woods. I wonder who that is.? And I laughed out loud when I thought about blogging that I wondered if they would like to join in the squabbles.

With work done I got home at the same time as "er indoors TM" and we took the hounds round the park where I thought I might use my new app to register any mammals we might encounter. Unfortunately other than dogs, humans and the odd squirrel, Viccie Park is pretty much devoid of mammalian content. But bearing in mind that idiot enthusiasm usually trumps common sense I thought I would have a go anyway.
Having drawn a blank in the park, Treacle chased a squirrel up a tree in the co-op field. I’ve logged it. (The squirrel that is; not Treacle or the tree).

I might see if I can find another mammal tomorrow before work… I wonder how long it will be before I find myself embroiled in petty arguments about spotting squirrels?