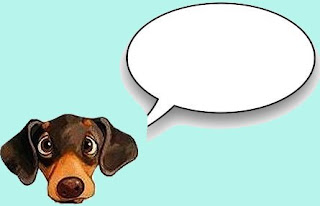 Again I started the morning with more cryptographic theory. I’m struggling to understand some of the theory behind it all. As my brain overloaded so Fudge fidgeted about in his basket worrying his bottom. It was clearly time for another finger up the bum for that poor dog. Half way through the video lecture I was conscious of being watched. I looked up; Fudge was staring at me. When he saw he had my attention he trotted to the back door to be let out. I thought he wanted to “do his business”; actually he wanted to menace the koi in the pond. He does that quite a lot.
Ten minutes later he was staring at me again wanting to be carried upstairs. It is quite amazing how he can communicate what he wants.

This morning there had been mention on Facebook about the GDBR. The pundits on the radio were banging on about it as I drove to work. Following all sorts of scandals about breaches of personal confidentiality and data storage, next month a new law will make the consequences of failing to protect personal data for banks and others far more serious.
I can understand how banking data needs to be secure, but the consequences of this legislation means that it is questionable whether small businesses are going to be allowed to keep data of their customers. There was some woman being interviewed on the radio who was saying how much work she will have digging through her records and deleting all sorts of data which is actually already freely available.
Personally I like to keep in touch with a firm with whom I've had a good experience. What on Earth is the point of the silicon revolution if not to make keeping in touch easier?
The whole thing is a nonsensical knee-jerk reaction - look at the "scandal" about personal data that Facebook had allowed to slip. I went through alll of the data they had on me - there wasn't *anything* that was in any way personal or private. How much money will this cost us all?
And once all the useful data has been destroyed, nuisance phone calls will still continue...

My piss boiled some more when I heard about another change in the law. Following several horrific acid attacks there are moves afoot to change the law so that police can demand to know why anyone is walking around carrying vast quantities of corrosive substances. Can you believe that they aren't allowed to do that at the moment? If I choose to wander around carrying litres of concentrated acids, then I am quite at liberty to do so. But I can't carry a gun or a knife.
Similarly it is illegal for me to distill alcoholic spirits without a license, but I can make as much as I want by a freezing process.
Sometimes British law amazes me.

"er indoors TM" messaged me half way through the morning. She'd got an appointment slot at the vets and had taken Fudge along. The nice nurse had shoved her finger up his bum and sorted him out.
I doubt he liked that very much. Mind you he’d rallied by the evening.

As I ironed my shirts "Daddy’s Little Angel TM" came to visit. With "Stormageddon - Bringer of Destruction TM" off at his auntie’s for the evening she’d been at the strawberry daquiri….

Some days in my life are fun…today was rather dull.