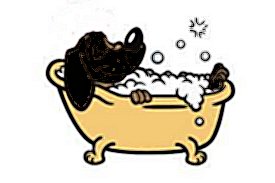 As I drove home the pundits on the radio were discussing one of many sticking points in the Brexit negotiations. I say “sticking points”; this point is realistically already decided. According to everyone interviewed on this morning’s radio show no one really wants a physical barrier between Northern Ireland and the Irish Republic. But didn’t we as a nation vote for Brexit so that we as a nation could take back control of our borders? Bearing in mind that for many people this was a number one priority, is anyone *really* suggesting that all three hundred and ten miles of The Republic of Ireland–United Kingdom border just be left open so that all and sundry can come and go as they please with no checks at all?
Perhaps a barrier could be built funded from all the savings made by out leaving the European Union?

There was also talk of First Secretary of State Damian Green (my local MP). He’s accused of all sorts of wrongdoing, and loads of mucky pictures have been found on his parliamentary computer supposedly accessed on his log-in.
He’s denying having looked at filth in work’s time. Well he would, wouldn’t he?

Once home I helped "er indoors TM" bandage up her arm (her burn isn’t getting any better) and despite the rain I took the dogs round the park. The rain must have put everyone else off of walking; dog-wise we had the park to ourselves.
However the rain worked against us. The rain had made the other dogs’ poos rather wet and soft and runny, so that when Treacle ate some, it ended up smeared all over her chops. When we came home I had to pin her down and wash her face. Have you ever tried to wash runny shit off of the face of a dog that doesn’t want it washed off (whilst another dog is getting in the way to gloat)? It isn’t an experience I would care to repeat.

With puppy scrubbed I walked down the road to the dentist. I had an appointment with the hygienist. Rather then paying for dental treatment I have a DenPlan policy which gives me two free sessions with the hygienist every year. I suppose it is worth having these sessions; even if at the time it is akin to being in a torture chamber.
And with my gob having been seriously raked out, and with the taste of blood in my mouth I took myself off to bed; I didn’t set an alarm. I slept for four hours.

I got up shortly after three o’clock, and over a rather late brekkie I watched this week’s episode of “Peaky Blinders”. Having binge-watched the first three seasons of the show on Netflix and catch-up TV, I’m finding this fourth season something of a disappointment.
I then spent an hour or so working on my geo-website, though realistically I probably spent ten minutes on the website and the rest of the time was spent dozing.