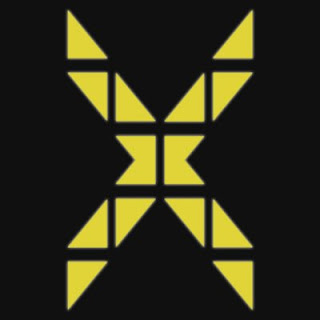 I woke feeling full of energy and raring to go. I looked at the clock and was a bit miffed to find it was only a quarter past two and I was wide awake. I read my Kindle for a bit to see if that would make me feel sleepy. It didn’t. I lay wide awake until giving up and getting up shortly after half past four.
Over brekkie I watched an episode of “Still Game” and was plunger-ing the bath before six o’clock.

Fudge came downstairs clearly wanting to go outside. I naively thought he wanted a tiddle. He didn’t. He wanted to run about barking. Though (to be fair to him) I don’t know which was loudest; his barking or my shouting at him to shut up. He then went back to bed. Wish I could have done so.

Leaving "er indoors TM" and the dogs sleeping I set off to work. As I walked out into the still dark morning I remembered my mother's tales of Uncle Eddie. I never met the chap (he died before I was born), but apparently during the 1950s and 1960s he would walk round the Clive Vale area of Hastings at 2am every Christmas morning, clanging a hand-bell, noisily singing "Christians Awake, Salute the Happy Morn".
I bet the locals loved him.
I decided against following his example.

I switched on the car radio; there was some drivel about how Christmas was better in the good old days when we all had rickets, polio and plague. I turned the radio off and as I drove to work I listened to a CD. "Mr Hanky's Christmas Classics" had me feeling almost as festive as Mr Hanky himself. (For those of my loyal readers who aren't as versed in the genre as I am, Mr Hanky is the Christmas poo.)
Normally when I drive to work on a Monday for the early shift the motorway is a nightmare. Today, whilst there were quite a few cars heading coast-bound, as I drove on the London-bound carriageway to Maidstone I only encountered three other cars.
My hopes were raised when I got to Aylesford. I saw the lights were on in McDonalds, but I was to be disappointed. The place was all lit up, but was closed. McDonalds closed!!

I got to work early; the night shift was glad to escape a few minutes early, and I coughed and spluttered through my shift. As I worked my phoned beeped seemingly all the time with various messages of consolation. Obviously I'd rather not be working on Christmas Day, but (in all honesty) it goes with working in a hospital. I've worked  on Christmas Day before and I expect I shall do so again in the future.
But there was no denying that i was pleased to see the relief when he arrived. I told him about the blood delivery that was coming (some poor chap was having to drive half way across the country with some rather obscure blood product today) and I drove back to Glenn and Matts where I started Christmas about ten hours later than everyone else.

Mind you it was worth waiting for. A vey good dinner, far too much stout, and we played “Family Fortunes” which is nowhere near as easy as it looks.
Walking home was rather cold and windy… Once home I had a look-see at pressies. Not a bad haul.