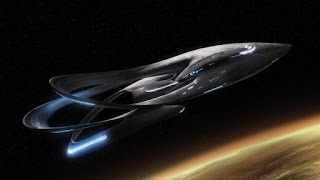 I felt rather rough when I woke this morning. Can’t imagine why. Over brekkie I watched last night’s epiode of the new series of “The League of Gentlemen” then looked at the Internet. I had an email about a new puzzle geocache about five miles from work. With fifteen minutes spare I realised I’d need about an hour to solve this puzzle, so I didn’t chase the First to Find.

I set off to work; when I got into my car I noticed that it was ten degrees wormed this morning than it was yesterday. Mind you it was a dark damp overcast foggy morning. But no ice to scrape is always good.
As I drove to work the pundits on the radio amazed me, as they often do. With record numbers of people across the country turning away from organised religions, the BBC is going to increase the prominence of religion across its programmes and schedules.
They then put on the "Thought for the Day" in which some strange vicar spent three minutes spouting utterly unrelated platitudes. I've mentioned before that the Muslims and the Jews and the Sikhs and the Hindus make sense on that show, but the Christians talk utter rubbish.

I got to work; I spent much of the day feeling like death warmed up. On the way home I got a message from the chap who had set the pub crawl in London that I am trying to work out from home. I’d got one of the clues wrong. There was a word I had to find. Let’s pretend that the word was “elbow”. How many letters in that word? I must have got confused with my arse as I thought it was four. Whoops.

Having realised my error (together with Gordon) I virtually visited three more pubs before "er indoors TM" said it was dinner time. We’ve now got up to stage twelve and may well need to physically deploy an assistant to the area.
Over a rather good dinner we watched the first episode of “The Orville”. I’d seen it a few weeks ago and thought it was crap, but I decided I might give it a second chance. I was right, it *was* crap…