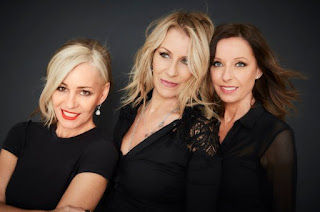 After a surprisingly busy night shift I found myself scraping ice from the windscreen of my car. The early shift who relieved me told me the cars in the car park were not frozen; my car was.
As I drove home the pundits on the radio were talking about the spat between Donald Trump and Teresa May. From what I can work out, Donald Trump made a tit of himself (again), Teresa May told him off for making a tit of himself, and Donald Trump told her to wind her neck in. It’s the sort of thing that goes on all the time. From the world’s playgrounds to the world’s leaders, squabbles abound.

Just as I got to Ashford the snow started. Just snow flurries, but snow nonetheless. My journey home was further hampered by a lorry having broken down in the middle of the roundabout coming off of the M20.
Once home I immediately walked the dogs round the park. They both shouted at passing buses; Fudge humped a Yorkie… business as usual really.
For once Fudge didn’t straggle though. It was so much better not having to stop to wait for him every few yards.

We got back from our walk almost exactly twenty-four hours after our smart meter was activated yesterday. In that twenty-four hour period our gas and leccie cost us three pounds sixty nine pence. That’s rather a lot; especially when you bear in mind we’ve not had the washing machine going yet, and the fish pond filter is switched off for the winter.
I think we need to economise somewhere…

I had a shower, and over brekkie watched Star Trek cartoons, then took myself off to bed for the day. Bearing in mind the trouble I had with Treacle yesterday I set the hot water bottle where "er indoors TM" usually sleeps just to keep the puppy off of me.
Treacle soon came up and made herself comfortable. Fudge wanted to stay in his basket. That was fine with me until I had to get up because he was barking for absolutely no reason whatsoever. After the fourth time in quarter of an hour I marched him upstairs and settled him on the bed, and we all slept peacefully for five hours.

I woke a little earlier than I had hoped, and seeing the time I thought we might just have time for a quick walk round the park before it got dark. The pups were up for a wander. We did our usual circuit of the park; this time clockwise (usually we go anticlockwise). This time Fudge did straggle.
As we walked so it got darker. I lost count of the amount of people on bikes who was dressed all in black with no lights whatsoever. How do they get away with it in these days of over-kill health and safety legislation?

Lacey is currently with her auntie just round the corner. I’ve been told that if I collect her and give her a lift home, Cheryl will give me dinner. I hope so; "er indoors TM" has gone to see “Bananarama” and if Cheryl don’t feed me, who will…?